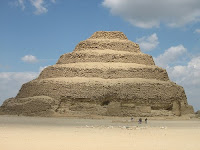 A letter in support (I think) of A572 appeared in Thursday’s My NewJersey.com. The writer, Cpt. Peter W. Franklin, believes that adoptee rights are being run over by gay marriage rights. He writes:

After decades of debate and compromise, adoption reform should not be sidelined simply because a few prominent Democrat officials insist that this is the “right time” for gay marriage. I simply cannot imagine that denying someone the right to a ceremony can be as cruel and reckless as denying someone their true identity and access to family medical history.

The hierarchy of pain has been a big deal in AdoptionLand for as long as I’ve been around. We share Cpt. Franklin’s pain that adoptee rights is not a priority issue with Joisy politicians–or even for the NJCare Krampi who claim to be the voice of NJ adoptee rights. Pushing one cause against the other, however, doesn’t help anything. It only alienates. Who’s to say whose “pain” is greater, or even if there is any “pain?” (Bastardette knows lots of painfree bastards,) There is no relationship between obc access and gay marriage for Pete’s sake. Whining about somebody trying to get something that you have by default is petty, divisive, and harmful. Nobody is asking adoptees to stand aside for gays. Queers make A LOT more noise. And that’s important.

It’s the “right time” for gay marriage in New Jersey because queers in New Jersey have put their money and bodies where their mouths are, demanding marriage equality now–for everybody. They don’t qualify which queers should be allowed to marry, what rules the state should set up to “protect” the community from them, or expect the state to launch an advertising campaign to warn off disapprovers. New Jersey queers don’t leave anyone behind.

It’s one thing to show up in Trenton (or any state capital) for 28 years and ask politely for our rights, kind sir. It’s quite another to pour millions into a state, elect and unelect politicians, pound the press, and put the squeeze on.

11 Replies to “NEW JERSEY: MY CAUSE IS BETTER THAN YOURS. ADOPTEES V GAYS”