A few days ago, the Parsippany Daily Record published a letter from Peter Franklin, a supporter of New Jersey’s hugely flawed “Adoptees Birthright bill”, ie, what passes for adoptee rights in the state. Mr. Franklin pointed out that while the American Civil Liberties Union protects the rights of “criminals and terrorists” (a practice Bastardette supports completely) it refuses to even entertain the thought that the Adopted Class has a right to its own original birth certificates. Mr. Franklin then turns the screw, observing that the NJ-ACLU board, which constantly yabbers about transparency in government, bars its great unwashed general membership from attending, much less speaking, at its meetings.

Sunday, Deborah Jacobs, the NJ-ACLU’s bastard phobic executive director, wh onever met an adoptee who shouldn’t be duct taped, responded to Mr. Franklin with a snooty letter in which she banged the ACLU’s drum loudly proclaiming its grand authority in rights, implying that bastards are just dumb non-nuancing clucks who should be grateful somebody took us in. 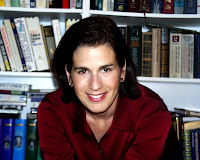 The ACLU’s experience negotiating tensions between competing rights has established the organization as an authority on the nuances of the law with respect to individual rights and freedoms.

Jacobs, who knows as much about adoption as she knows about medieval chansons de geste, and takes her cues from shivering deformers and the adoption industry, failed to mention what these “competing rights” might be when it comes to the government impounding and sealing adoptees’ original birth certificates.

Perhaps because there are none.

Under normal circumstances, competitive rights and their balancing is a problem only when there is a conflict of rights. Since there is a presumed right to own one’s birth certificate, and no “right” to anonymity from one’s own offspring, there is nothing to balance.

Jacobs’ letter is beginning to collect comments. Posters are limited to 1000 characters. Please take a couple minutes to post your thoughts on Jacobs AND the half-assed New Jersey bill. I may go back and post some more, but this is what I posted a few hours ago:

The ACLU has never supported the right of adult adoptees to their own original birth certificates. Instead, it supports the confiscation of our government documents and the state creation of new falsified identity records to pass off as genuine; an illegal activity that under any other circumstance would be considered a criminal act of the state. Over a decade ago the Washington State ACLU declared that no one over the age of 18 had any need of a birth certificate and that if legislation were introduced there to seal all bcs from the persons to which they pertain, it would support that legislation.

Deborah Jacobs, like the promoters of the current bogus NJ “records bill” frames her arguments in terms of therapeutic reunion and personal desire. The right to a bc, which the not adopted enjoy, has nothing to do with either. It’s about civil rights and equal treatment under law. If Jacobs’ bc was confiscated and sealed by the state, we’d hear her squawking all over Trenton.

Yes, I admit it. I’m evil. I’d love it if Deborah Jacobs learned tomorrow morning that she’s an LDA. And I’d love to see her stomp her pretty little foot over being just as insignificant to her colleagues in high places as we are to her now. 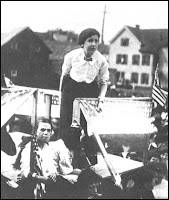 In 1940, national ACLU, threw Elizabeth Gurley Flynn, its own co-founder, sitting board member, IWW labor hero and Joe Hill’s famous Rebel Girl under the bus, for having the temerity to practice her First Amendment rights and join the Communist Party USA. Years later, when she was sent to prison for her political beliefs, the ACLU sat on its hands and moneybags.

In 2006, under fire from board members critical of its massive failure to practice internally what it preaches externally on any number of issues, the ACLU board adopted a policy to gag dissident board members who privately or publicly complained.

Wendy Kaminer, along with Michael Meyers, was expelled from the ACLU board as a result. She has a written a revealing essay on ACLU hypocrisy, How the ACLU Lost Its Bearings, with a tasty menu of ACLU hypocrisy worthy of Dr. Laura. Kaminer a genuine civil libertarian, writes of the policy:

It included provisions that prohibited board members from criticizing the ACLU board or staff publicly and disparaged whistle-blowing (conduct the ACLU often applauds when it occurs in other institutions). Individual board members were admonished not to “call into question the integrity of the process in arriving at the board’s decision.” In other words, individual directors who had reason to believe that the board had acted unethically were said to have a fiduciary duty to conceal their concerns, not disclose them.

******
Bastard Nation and Bastardette will fight New Jersey’s current compromised Adoptees Birthright Bill to the death, despite Mr. Franklin’s spot on analysis of the ACLU. At the same time, we cannot stay quiet on the absurdity that is Deborah Jacobs.

We are not surprised that Jacobs (and other adoption industry lobbyists) avoids the issue of rights by framing her objections in the same language as compliant New Jersey deformers, too afraid or tired to demand what they really want–obcs for all without restriction–settling instead for vetos, white-outs, medical histories, and blackmail. Deformers adopt (excuse me!) the language and claims the adoption lobby makes against them in the hope of “getting something” then act surprised when the industry refuses them even small favors and regurgitates their words back at them. It’s a weird circle jerk in which deformers and industrialists accept each others arguments as their own confusing all but the most critical observer.

With civil liberties eroding in the US daily, you’d think the ACLU would have something bigger to worry about than ungrateful adoptees.