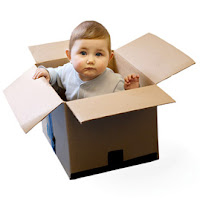 According to court documents, recounted by reporter Joanne Young, but not released to the public:

…show the baby boy still had a partial umbilical cord intact when dropped off by a woman who said she was the child’s aunt. Without giving hospital staff her name or the mother’s name, she provided some family medical history.

Two days later, while HHS was working on placing the baby with foster parents who could adopt him, a woman contacted HHS, saying she was the biological mother. Officials met shortly after that with her and the alleged father, maternal grandparents and aunt…

…Court documents show the mother, whose name has not been made public, reported she had not known she was pregnant until she went into labor. 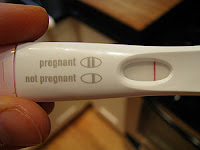 She had started birth control, but had stopped after three months. She then noticed she was gaining weight, but never larger than “one size in jeans.” She said she thought the “bloating” she was experiencing was from taking the birth control pill.

She had a period after stopping the pill and another two months later, she reported.

On July 20, she started cramping and felt the urge to push. That was when she realized she was pregnant, she said. She filled a bathtub with water, climbed in and delivered the baby. She sterilized a pair of scissors, cut the umbilical cord and used bobby pins to seal the ends.

She reported she was scared and didn’t know what to do next. She knew about the safe haven law, and asked her sister to take the baby to the hospital.

At the meeting with the family, Mary Mockerman, a nurse at the hospital, identified the aunt as the woman who brought the baby in. She had given the aunt her personal, unpublished cell phone number and said the call requesting the baby be returned to the mother came to that cell number.

As discussed in our two previous entries, three days after his legal abandonment at Box Butte General Hospital in Alliance, Nebraska HHS and Box Butte County Judge Charles Plantz placed Baby Boy Ana with his grandmother and mother while HHS continued its investigation. The baby’s permanent placement with his family is contingent on HHS findings.

Box Butte County Attorney Kathleen Hutchinson isn’t pleased with the quick turn around. According to the same article, Hutchinson thinks the state needs to “step back and think about why the child was turned over to the state, and not rush into placement.”

Unicam Speaker Mike Flood (left) agrees. “We need to look at the broader picture for all children who find themselves in this unthinkable situation.”

We don’t remember anybody (with the possible exception of Nurse Mary Mockerman) caring about what led up to Baby Boy Ana being turned over anonymously to the state and thrown into this “unthinkable situation” –until his family turned up to reclaim him from the loving arms of the state and his state-chosen adopters.

Nobody cared about the “unthinkable situation” of the woman, alone and frightened, who gave birth to Baby Boy Ana or about how Baby Boy Ana’s father’s parental rights were being sideswiped in the new and improved Nebraska Kid Grab.

We certainly don’t remember Flood & Crew shedding tears, other than those of embarrassment, over the 50 Big Kids whose parents or guardians either dropped off or attempted to drop off at state approved dump sites during last year’s Nebraska Fiasco.

None of these weepy crocks cared about the “broader picture” of how “all those children who find themselves in this unthinkable situation” felt last year about being shooed off into ERs courtesy of Nebraska’s wacky lawmakers, while their families sped away from the parking lot under cover of law. Or how some of these parents and guardians in their own “unthinkable situation” were treated by HHS: portrayed as immature, uncaring, deadbeats, and criminals threatened with prosecution for following–sometimes on the advice of HHS employees–the letter of a two-sentence law that said it was legal and dandy for anyone to abandon anybody’s kids of any age at government approved dump sites.

Last year Flood & Crew had no problem with the state’s quick return of out-of-state dumpees. Cross-border kids barely had time to unload their backpacks at over-crowded childrens shelters before they were volleyed back home to be somebody else’s problem.

And absolutely nobody cared about the speeding-bullet turn-around last November when the governor called a special session of the Unicam to “re-evaluate” child grabbing in Nebraska. Instead of dismantling their fiasco and taking the time to work out real solutions for Nebraska’s massive child mental health and welfare mess (which by the way does NOT include newborn discard) they zipped through a re-write turning the Big Kid Law into a Little Kid Law erasing the most silent and small from public and political sight and conscience and continuing Big Kid limboland.

Baby dump addicts assume murder is the default solution for an unwanted or unplanned pregnancy. They have convinced lawmakers and the gulliable uninformed public that there are only two options: the dumpster or legalized abandonment. Responsible alternatives aren’t mentioned: counseling, public assistance, temporary surrender, permanent surrender for adoption, and family communication. When a parent trips down the fast track without knowing those real alternatives, she (and it’s almost always a she) is praised for her courage. That is, for not defaulting to her natural instincts of discard and death. When she makes the “loving” decision to not kill her baby and runs to the nearest legal dumping ground, she is praised for using the law “to save a life.” But when she realizes her panicked mistake and wants her child back, she’s considered dangerous. After all, any woman who “safe havens” her baby though the state-advertised, encouraged, and facilitated dump program is a potential killer.

No one has argued that every newborn who is “safe havened” should be returned immediately upon request. Each case is unique. There is no indication in the Baby Boy Ana case that a quick return is not in the interest of everyone. Hospital staff, HHS, the baby’s guardian ad litem, and the court agreed that the baby should go home immediately. Hutchinson, Flood and their ilk didn’t learn a thing from the Nebraska Fiasco last year.