Bastardette is short on time today, but we need to plow through Adoption NaBloPoMo, so we’re cobbling together another film clip. This time, That Hagan Girl, (1947) one of Bastardette’s all-time favorite bastard films.

The film is hard to find. As far as I know it has never been released on video or DVD, but it shows up on TCM occasionally. Several years ago I was given a bootleg copy as a Christmas present. Due to its scarcity, and my inability to watch it, I previously wrote about the film secondhand, based on what critics had said at the time of release. I also used comments by its stars Shirley Temple and Ronald Reagan who found the movie, at best, career-humiliating.

Yet, when I finally watched That Hagan Girl, I was blown away by Shirley’s first rate performance (despite the silly plot) of a teenager who endures years of vague small town gossip, learns that she is adopted despite 18 years of family denial, and her whole life has been a lie. I have never seen any film that addresses adoption lies, bastard anger, isolation, and identity dislocation as this film does–even if it doesn’t mean to. In it’s clumsy way, it speaks to us. The most agonizing scene comes when Mary searches through college yearbooks for her mother’s picture. There’s meat in this film. 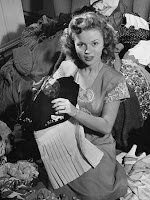 Mary Hagen lives in a small Ohio town where she agonizes over her illegitimacy and is shunned by most of the townsfolk: the bastard product of a “demented heiress and a “local war hero,” Tom Bates (Ronald Reagan). When teenage Mary finally learns the gossip is true that she really IS adopted and a bastard, she agonizes, “Who am I? Please tell me the truth. ” She begs. “How can you be somebody if you’re nobody to begin with?”

A boy attacks her in a school corridor and causes a brawl since, as a bastard/ adoptee, she must be fast. Instead of disciplining the boy, the principal goes to the school trustees, complains about Mary’s “kind,” and gets Mary kicked out.

Upset, Mary runs away to Chicago. When she’s returned home and to school, by the police she finds herself the object of gossip, especially in the locker room. She throws herself in the local river. When a friendly teacher casts her as the lead in Romeo and Juliet, students are so hostile that she’s removed from the play. Through some plot devices she stands in for Juliet when the snippy-bitch actress gets “accidentally” waylaid. Opening night, her adoptive mother dies. The only kinda-positive in this mess is a weird courtship with a rich boy played by Rory Calhoun, whose mother leads the anti-Mary Hagan gossip. So it’s not that great. 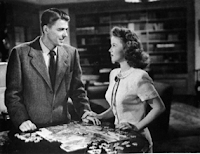 Somewhere in this mess, putative father Tom Bates, returns to town, sets up his law practice, and appears to fall in love with Mary (even though he’s reportedly her father and twice her age) after he rescues her when she throws herself in the river. He also shacks up with Mary’s “friendly teacher” (Lois Maxwell, who gives a fine performance as the town’s only apparent non-provincial; and went on to play the legendary Miss Moneypenny in James Bond films). Bates eventually informs Mary that he’s not her father (a question he could have cleared up years ago and didn’t; and an answer we don’t fully believe). In a little adoption-crazy Hollywood inside joke, Bates tells Mary that she came from an orphanage in Evansville, Illinois (home of The Cradle—adoption agency to the stars). By the end of them film, we don’ know which end is up, despite the heroic efforts of the stars on screen and in real life. 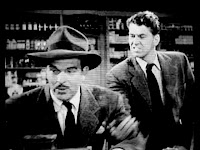 Ronald Reagan detested That Hagen Girl and made repeated attempts to be released from his contract, complaining about the mock incest plot. Reaction to the film was so bad at the sneak preview, in fact, that he was able to get his last line “I love you” excised from the final release. Reagan wrote later, “Before release the line was edited out of the picture, leaving us with a kind of oddball finish in which we climbed on a train—Shirley carrying a bouquet—and left town. You are left to guess as to whether we are married, just traveling together, or did I adopt her?” (My reference to this is in storage so I can’t list it here)

Shirley Temple, in her delicious and very honest autobio Child Star, discusses the film at length (p. 406-413) and documents how her exciting”lip-smacking” breakout role became an embarrassment. The only Hagan Girl clip I can find is the TCM original trailer, here. 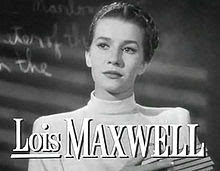 6 Replies to “MORE FILM–THAT HAGAN GIRL: YOU THINK YOU’VE GOT PROBLEMS. BE GLAD YOU’RE NOT MARY!”