The first part of the bill, “permits” adoptees whose adoptions are completed after August 28, 2010 (that is, those not only not yet born, but not yet conceived) to get their original birth certificates at the age of 18 unless prohibited by a disclosure veto, which Days calls a “contact preference” though “contact” has nothing to do with “disclosure” and a “veto” is not a “preference.”

The second part of the bill “permits” adoptees finalized before August 28, 2010 get their obc if Mom is dead or gives permission (no mention of Dad). We’re interested on how the state will determine Mom’s life status. A possible solution would be for the bastard to kill Mom and then claim the state made him do it to get his obc. 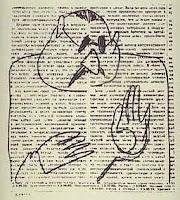 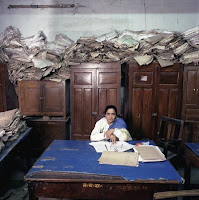 Not included in the summary is this zinger from the text of the bill:

So, this means that the the State of Missouri is “allowed” to do what it “forbids” bastards to do on the grounds that the state has a legitimate interest and right in tracking down Mom. Adoptees, they claim by legislative fiat, born, processed, identity stripped, and de–historisized, through private industry and state collusion have no interest or right . Oh boy!

I’m really curious as to just how the state plans to pull off this woman hunt. Send out teams of burreacrats to chase down 35-year old addresses? Buy an Intelligus account? Hire Find My Family?

On the HB 1237 front, calls for letter letters letters are coming from promoters. When anti-compromiser Carla McBrine, writing on the FB MORE board said that she intended to talk to leggies:

Yes, Carolyn, I agree, WE ALL do need the help from everyone! Thank you! That’s why I’m planning on making calls this week, probably tomorrow or Friday, depending on when everyone is back in the office, and speaking to these people myself….. and find out exactly what the problem has been for the last few years. It sounds to me like whomever has been calling and talking with these “Legs” haven’t been getting the POINT across to them as to how important this issue is and how everyone’s civil rights are being violated, and sooner or later someone is going to be bringing a lawsuit against the whole bunch of them. It seems like whomever has been “talking” to them has no idea how to approach them….these people are lawyers & politicians….whoever does speak with them needs to be speaking “Their” language, because that’s all they understand.

jusst [sic] remember that the bills need to get to committee FIRST.. Thanks for your help..we NEED everyone

It can always be changed in committee.

It can always be changed on the floor. 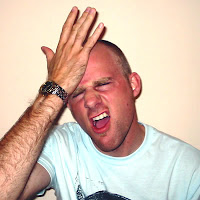 Carla has her own alternative bill she’d like to suggest:

Anyone who was born in the State of Missouri (or any state) is allowed, upon receipt of a written request and the appropriate filing fees, an authentic, seal-stamped copy of their original birth certificate.