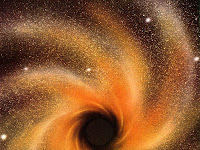 This legislative season there are bad bills stalking bastards. Of course that’s nothing new. Anita Field has been tracking the proposals and recently wrote about them on the Bastard Nation Action Alert site. I’m also posting them here. I’m starting with Anita’s comments on Massachusetts where 3 bad bills have reared their ugly heads. Bastard Nation and MARTA oppose all of them. Over the next few days I’ll be posting the BN Massachusetts action alert so you can help kill the bills before they run amuck. The testimony of BN and MARTA will follow. In the meantime, keep a barf bag handy. And keep mind that these bills come from the “good guys–whoever they may be.

Three new bills, three Black Holes. It boggles the mind. HB 2190, SB 63 and SB 77 were introduced in January and they appear to be almost identical. SB 63 is sponsored by Sen. Karen Spilka and SB 77 by Sen. Susan B. Fargo, also left oversfrom last year.

All three bills are a repeat of last year’s amended bill, SB 959 which was a good bill that went bad in the Joint Judiciary Committee. Thankfully, it was pocketed by Gov. Romney at the eleventh hour. . And now, they’ve gone and done it again.

All three new bills actually contain the same Black Hole as last year’s model. The Black Hole is the condition in the bill which prevents adopted adults bornbetween July 14, 1974 and January 1, 2008, from receiving their original birth certificates. All adoptees who fall into this hole will continue to be treated under
Massachusetts’ old sealed records law. Those adoptees born before 1974 or after 2007 may access their original birth certificates.

A hearing is scheduled in the Senate by the Committee on Children, Families and Persons with Disabilities for Wednesday, March 21, 2007.