I have been aware for some time now that only part of Masha Allen’s story has been made public. The tip of the iceberg as they like to say. Today, more of that iceberg surfaced with revelations, Child Exploitation Cracks in the Floor, written by Masha’s ‘s advocate James Marsh and published in his ChildLaw blog.

Masha’s story, of course, is not an isolated incident. It is emblematic of the systemic rot that permeates the international and domestic adoption industry. Masha and innumerable victims of child trafficking via adoption are the product of an official government and trade conspiracy of silence, greed, and self-promotion and protection fancied up in terms of “privacy,” “confidentiality,” and “child’s best interest,” to cover their own a$$e$. (Where have we heard that before?) 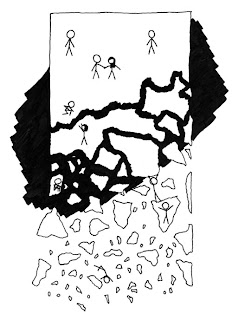 Like the Catholic Church, these government and private agencies and their individuals protect their businesses, cover-up the misdeeds of their colleagues, and do nothing to prevent further abuse outside of an occasional tongue clucking or finger wagging. Mostly, they attempt to shut up the victim. When the victim refuses to obey, she (or her advocates) are accused of harming the institution of adoption, so fragile, that without secrets and fiduciary non-accountability, it will crumble like the twin towers. (Maybe they ARE on to something!)

The industry’s response to Masha, inflated by a pap fear frenzy, fanned by the industry itself, that their own bundles of Russian joy would be held up due to Masha’s unfortunate appearance on Primetime two years ago was predictable.

“.…adoption agencies and industrialists, with or without the support of NCFA, circulated a “save the orphans” plea on Internet adoption lists and forums panicking paps and adopters to “bombard” ABC with notes of disgust and rage over Masha’s “negative adoption story.” Here is part of the whine taken from the A Helping Hand Adoption Agency (link no longer good)

We would like to see ABC news bombarded with emails from the adoption community letting them know the detrimental effect a one sided story can have not just on Russian adoptions but all international adoptions; thousands of families and children may be harmed by an unbalanced story. We will be very grateful for your support, as will all the children, around the world, who await their forever families….

As most people in the world of adoption know, right now is an important time for international adoption in Russia. So now could not be a worse time for the U.S. media to portray international adoption in a negative light. ABC news Primetime is scheduled to air a story on November 17 highlighting an adopted Russian girl who was involved in a United States pornography scandal. The tone of this story is very negative and any misleading information about international adoption could cause problems with future adoptions. The crime this little girl was forced to endure is deplorable, but it must be known that the vast majority of adoptions are completed by loving, caring families. This story could cast a very bad light on international adoption and all the good that has been done for thousands of children worldwide…

Since then, the adoptacrats have tossed Masha into the dustbin of history. An unfortunate “anomaly” in the otherwise happyland of international adoption. 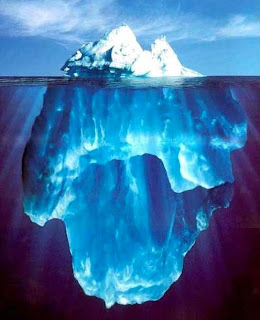 What they couldn’t shut up, they ignored. From today’s Child Exploitation Cracks in the Floor:

Certainly not the National Council for Adoption which has powerful con$tituencie$ to protect. Immediately after last year’s Congressional hearing on Masha Allen’s international adoption, I asked the representatives of NCFA who were present to issue a statement in support of Masha and other victims like her. Not surprisingly, over a year later, NCFA has failed to utter one word on this topic.

Then there is the Joint Council on International Children’s Services which was also well-represented at the Congressional hearing. When I filed a formal complaint against the international adoption agency that arranged Masha’s adoption, JCICS allowed Reaching Out Thru International Adoption to quickly and quietly resign instead of facing investigation. ROTIA recently changed their name to ChildPromise, Inc. and rejoined JCICS less then six months after my complaint was dismissed. So much for peer oversight.

Jeannene Smith, who Committee Chairman Ed Whitfiled said played a “central role in Mancuso’s adoption of Masha,” continues her work in the international adoption field as treasurer of the reform group Focus on Adoption. She continued working at ROTIA even after the Congressional panel called for her to be jailed, brazenly attending the Ethica / Evan B Donaldson Ethics and Accountability conference in October where she was booed once by one person, but otherwise allowed to enjoy the regalement unmolested.

Smith’s Congressman, Mike Ferguson, summed up Masha’s – and many other child victim’s – life best when he intoned that “what is even more frightening, however, is the number of times that her situation was overlooked. . . . No one called to speak to her, no one made sure she was getting along with her new father, no one seemed to really care if she was being taken care of at all.”

When will somebody start to take care of Masha?

When will the adoption industry and its friends in high places be held accountable? 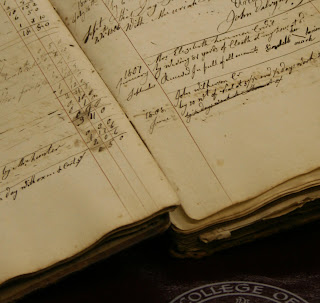 There are many links to Masha’s story on ChildLaw.

Also see my own work:

Masha Speaks: The Adoption Industry Bunkers In: Disney World Girl and the Shame of Complicity – November 29, 2005.

Masha Testifies Before Congress: “No one from any of the adoption agencies ever came to check on me.” – May 10, 2006

6 Replies to “MASHA UPDATE: CHILD EXPLOITATION CRACKS IN THE FLOOR”