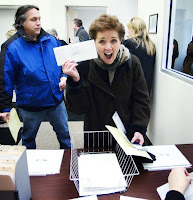 Here is a collection of recent news articles in chronological order on the restoration of adoptee rights on Maine. I’m not making many comments on them, just putting them up here as a source of information. I’ll add more if they show up later.

Kennebec Journal, December 28, 2008
Adoptees await more information
About three-quarters of the House supported the bill, and two-thirds of the Senate, according to Bobbi Beavers of South Berwick. A co-founder of Original Birth Certificates for Maine, Beavers called the legislation “a human rights bill.”

“No one should ever be denied their original identity,” said Beavers.

Cathy Robishaw of Falmouth, another group co-founder and an adoptee herself, said a friend helped her find her birth mother’s name in the mid-1990s. But getting her original birth certificate Friday will be a “huge deal,” and not just because she pushed for the law for four years.

“I will just feel like everyone else at that point,” she explained. “It will just mean I’m not discriminated against, I’m treated like an adult.”

“Every Maine-born person, adopted or not, deserves the right to request their original birth certificate and know their identity,” Beavers said in an e-mail. She added that Maine’s new law does not provide for the release of the certificate unless requested by the adoptee.

Laws like Maine’s can be especially helpful as more emphasis is put on national security, Beavers said. She said that a New Hampshire-born adoptee living in Sanford, Maine, told her he had difficulty getting a passport recently because he did not have proof that he was born in the United States.

Beavers said she referred the man to the New Hampshire Office of Vital Records so he could get access to his birth certificate.

Portland Press Herald, December 30, 2008
Adoption records should be accessed with caution
It will be up to the children, many of whom are now older than their birth parents were when they signed the papers, to decide if they are going to access the records and what they will do with the information if they get it.

For people who have fought so long to learn their birth parents’ identities, the names alone may not be enough. The need to know more about them will be hard to resist.

But in their zeal to learn more about their birth families, they should respect the privacy of those who do not want to be found.

NOTE: See my January 1, 2009 blog entry for comments on this editorial.

Seacoast Online, December 31, 2008
New Law gives Maine-born adoptees access to original birth certificates
According to South Berwick resident Bobbi Beavers, who has been at the forefront of the effort to pass LD 1084, more than 130 Maine-born adoptees from around Maine, plus New Hampshire, Massachusetts, Florida, California and other states, have already submitted their info to the Maine Office of Vital Statistics. 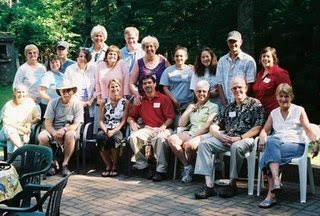 WCSH-TV, Portland, January 2, 2009
Restrictions lifted on original birth certificates
It was a day of discovery as more than a dozen adoptees braved cold temperatures to be the first to get their original birth certificates under a new state law. They stood in line waiting for the doors to open at the Maine Office of Vital Statistics in Augusta. Once inside they secured the document, that up until now, could only be obtained under special circumstances through a court order. Includes video interview with Cathy Robishaw (right, red coat) and Maine adoptees from Florida (man next to Cathy) and California.

Portland Press-Herald, January 2, 2008
Path to their roots opens for adoptees
Some choked back tears as they learned the names of their birth mothers, the places where they were born and, in some cases, the fact that they have siblings they’ve never met

“This is a pretty special day,” said Paula Benoit of Phippsburg, an adoptee who proudly held her birth certificate for the first time. A former state senator, Benoit helped pass a new state law making birth records accessible to those adopted in Maine. The law took effect today, and 141 people had pre-registered to get their birth certificates.

KDAF-TV, Dallas, Fort Worth, January January 5, 2009
New law gives Maine adoptees right to birth certificates
The day of discovery came as a new state law went into effect; the law gives adoptees access to their original birth certificates. Dozens pre-applied for their birth certificates and were waiting as doors opened at the Maine Office of Data, Research and Statistics. Inside, they were able to get copies of the documents which previously could only be obtained under special

Wilfert, the adoptee from Cornish, said he won’t necessarily try to contact his birth mother. Just knowing her name might be enough.

“People should have a right to know where they’re from,” he said. “You’re finding something out about yourself that you haven’t known … it’s that idea you’re opening up something you’ve never seen.”

Paula Benoit, an adoptee and former state senator who helped push the law through the Legislature, said she petitioned a county probate judge for her certificate in 2007, but was denied. She finally picked hers up on Friday.

“I really felt it was mine to have,” she said. 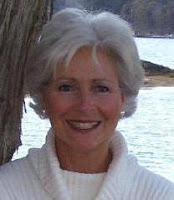 Left to right and down:
House Sponsor: David Farrington

3 Replies to “MAINE UPDATE: A COLLECTION OF RECENT NEWS STORIES ON THE RESTORATION OF ADOPTEE RIGHTS IN MAINE”