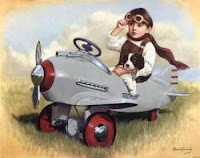 Breaking news out of Russia!

Russian media reports that a 7-year old boy, adopted six months ago by an American couple, is now back in Russia after being “refused” by his Forever Family.

Artem (Artyom) Saveliev, adopted name Artem (Artyom) Justin Hansen, arrived in Moscow last Saturday on a flight from Washington accompanied only by a note from his Forever Mother, Torry Hansen, saying she’d been “mislead” by Russian authorities, the adoption was a “mistake” and she was abandoning–er–I mean, returning him. She asked that the adoption be “disannulled.” Artem’s situation was discovered at immigration control when he told authorities he had flown in by himself. The note was found in his pocket. You can read it here.

That’s the letter the boy had with him, where his adopted mother says that she is disappointed, that she is sorry, that she sees that the child is unstable and in order not to ruin her own family, herself and relations with her friends, she wants to give up the child,” [Pavel]Astakhov said. “The American Consul confirms that there is a procedure to give up a child; it’s not that easy, it’s not a pet that you can take and then give away.”

Artem understands, but does not speak Russian. The boy was handed over to police and a local hospital. His condition is described as “satisfactory.”

Prominent Moscow attorney and Presidential Commissioner for the Rights of the Child (Children’s Rights Ombudsman) Pavel Astakhov, has spoken with Artem. He told RT that he plans to ask the Russian government to suspend Russian-US adoptions: 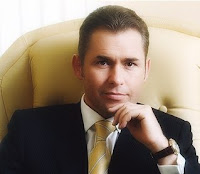 We must tighten the control over candidates for international adoption. I will raise this question now as it is possible that we must even suspend American adoptions to clarify how many similar cases we have there,” the Russian official said.

Astakhov, barely containing his disgust, told RT (video, not print) that Artem’s orphange records indicate he had no health or psychological problems and was “normal” when he left Russia. He said the boy’s adopters decided to make their lives easier by shipping him to Moscow alone rather than following US legal procedures for disrupting an international adoption. Russian authorities have attempted to contact Artem’s adopters, but the Forever Family has failed to respond.

Artem was born in Vladivostok, but no other information has been released about him.

According to RT, (no source cited) as late as two weeks ago, the unnamed placing agency reported that Artem was “doing OK.” which indicates that the agency and the adopters were in post-placement contact. I’ve done some preliminary sleuthing on the agency ID, too–so far unsuccessful. No doubt, Torroy Hansen has been scrubbed from its website if she were on it.

Svete and Kyle have linked several Russian and English language news sources about the case on their site. The complete RT video report is here:

How Artem was allowed to travel unaccompanied is another mystery surrounding this case. Was he really “unaccompanied” Could some adult (a Hansen or hired help) have pulled a fast one at the gate in Washington or even gotten on the plane and then breezed on through immigration on arrival? Or maybe an airline just fell down on the job.

Apparently airlines make their own policy on lone child travel, but general rules can be found here. They include:

Most airlines have a minimum age for unaccompanied children, typically five, and a maximum age, typically 12. Children younger than the minimum age have to travel with an adult.

If Artem flew Aeroflot, anything could go, I suppose. All of my really “interesting” flights, in fact, have been on Aeroflot; the most “interesting” between Baku and Moscow where about 25% of the seats were booked by watermelons.

If leaving a kid in a car for 5 minutes while you run into the convenience store for a carton of eggs can constitute child abandonment, certainly putting a 7-year old on an international flight with no authorized adult supervision does, too–especially when the intent to abandon in clear.

We can’t wait to hear the Hanson Forever Family’s excuse.

When I know more about the situation, I’ll post it here.

25 Replies to “LEAVIN’ ON A JET PLANE: RUSSIAN ADOPTEE DUMPED ON PLANE, SENT BACK TO RUSSIA”