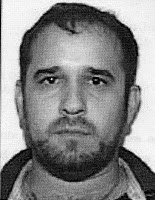 Yoram has left a new comment on your post “WHO IS JORGE PUELLO, PT 2: JUMPING DOWN THE RABBIT…“:

Sorry for the link it wont work that way

use this one and tipe my name

THE UNITED STATES OF AMERICA

[1] I am inclined in particular circumstances of this case to take a rather restrictive view of article 69 of the Extradition Act.

[2] There is one thing that is clear. This is intended to be an expeditive procedure, the act is drafted in that fashion, delays are set out and the delays stand to be respected.

[4] The Minister has his obligations under the Act, the Minister has the obligation to act in one way or another and it is totally unacceptable that the Minister’s counsel, paralegals or everybody else put off under the guides of incorporating this into a final submission to the Minister that would be given at some elastic date on the future without having regard for any of the delays that are set out in the Act that somehow or other somebody be kept incarcerated for months on end.

[5] Giving this the most charitable interpretation that it can be given, from the point of view of the Minister of Justice, Mr. Torres has one way or the other been detained illegally since the 13th of March because he was entitled to do a decision by that date at the very least. (2003) (YEAR ADDED BY ME)

[6] As I say, not for me to speculate on the consequences but I read discharged out of custody to mean discharged out of custody purely and simply and I am cognisant that Mr. Justice Hébert has already declined to grant a stay of proceedings in this matter, so that I should not be interpreted the same that the order that I am rendering today intended to be interpreted in that sense. Not at all.

[7] I am interpreting section 69 to mean that he should be discharged from custody awaiting the decision of the Minister and it is not for me to specify as of today within what delays the Minister should act. That is up to the Minister to determine and to act accordingly.

FOR THESE REASONS, THE COURT:

GRANTS in part the Petition and

ORDERS the immediate release of Mr. Torres from custody.

The conditions for your release are the following:

a) To keep the peace and be a good behaviour and to attend to Court when required;

b) To reside at […], Granby and not to change your address without the authorization of the Court;

c) To remain within the territorial limits of the Province of Quebec;

d) To abstain from applying a passport and I note that your two passports, one which is for the United States and the other for Dominican Republic have been surrendered;

e) To report to the RCMP at Granby between 9:00 am and 5:00 pm and signed the register once a week on Friday, beginning on the 11th of June of 2004 and to report to the RCMP within 24 hours of receiving the Minister’s decision with regard to surrender;

I take that these conditions will be respected