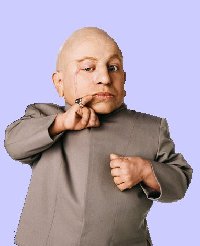 Bastardette is so far behind she’s ahead of herself. Or is she down so long it looks like up to her? Whatever, over the next few days she’ll be posting some thoughts that have been setting on the blogger dashboard waiting for the checkered flag. Maybe by January 1, 2006 The Daily Bastardette will actually come out daily!

This gem came off a private list sent to Bastardette by a co-conspirator. Of course, these sentiments aren’t made in a vacuum. Log on to the FRUA discussion groups for some more. Please note that not all FRUAites are as dense as this doorknob. Some absolutely get it. Unfortunately, our correspondent below seems to hold to the Catholic Bishop’s view that victims just need to shut up and get over it. After all it’s old news–and it might hurt me and my friends from acquiring little Sasha and Sveta.
Bad bad Masha! Ploxo Masha!

It’s difficult to even comment on this tripe, so I’ll let ‘er rip other than to say I hope Lathova & Co. read this (Bastardette has Russian fans, ya know). Hey, she even lived next door to the US Consulate on Ul. Furstatskaya in St. Petersburg.

The problem seems to be that our society has reached a point where other people s traumas, misfortunes, and victimizations are now considered fodder for public entertainment. It all started with provacative shows of the Jerry Springer and Rikki Lake ilk, but it has now evolved to where it s not just cross-dressing prostitutes who slept with thei r brothers wives who are considered good entertainment, it s normal, everyday people and their problems. Things we used to consider highly personal are now trotted out for the viewing pleasure of the drooling masses (we have shows on everything from catching cheating spouses, to family interventions of drug addicts, to even just light family counseling a la Dr. Phil). 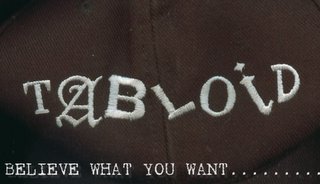 As in the case of Masha s story, we are supposed to believe that having these poor folks provide their hideous and humiliating personal stories to entertain millions of people they don t know is an integral part of their psychiatric therapy. Bah!! Honestly, I felt like the story on the sexual abuse of Masha was just more of the above, only it was presented in a news format. But it wasn t really news because the story was so old. Further, it was ver yone-sided in that it gave short mention of all of the positive aspect sof international adoption (the responses of that one adoption advocate/spokesperson were so edited down that it almost made it look like he didn t give a hoot if kids are abused as long as adoptions can continue), and the show also sort of implied that what happened to Masha could happen to any IA orphan as the post-placement system doesn t work at all.

Something else that REALLY irked me about the piece was the fact that the molester s biological daughter had been abused by him as well, yett hat point was used NOT to illustrate that abuse can happen in ANY situation (whether adopted or bio), but to show how the adoption system had failed i.e., here was a man who had a history of abuse, but yet he was able to easily adopt a little girl from Russia (however this whole argument was a totally ridiculous stretch because the fact is that nobody knew this man had a history of abuse because his bio daughter never told anybody about it until around the production of this show the reporter even said that the bio daughter s mother would be hearing some of the details for the very first time on that show). The whole juxtaposition of the bio versus adoptive child thing left me with the impression that the show s producers don t consider biological child abuse worthy of coverage or major concern, as their mention of it in this story was used not to convey any information on the plight of the poor biological daughter, but merely as a supporting point for how terribly the adoption system had failed the adopted daughter. So basically, when a bio child is abused, who cares; but if an adoptive child is abused, let s indict the whole IA system.

Instead of our media covering nothing but the horrible adoption stores, wouldn t it be great if they did a story on the fact that there are thousands of kind, loving, and able American families whose effortsto adopt and help these children are being hampered by an overzealous and biased international media that is attempting to paint all adoptive families as potential murderers and abusers? Or how about a story about all the emotional abuse, financial challenges, getting lied to, getting jerked around, and other assorted endless nightmares adoptive families go through to get their kids? Hmm, I ll bet that could provide somevery important therapy for a lot of us

2 Replies to “IT’S ALL ABOUT ME! A PAP RESPONSE TO MASHA”