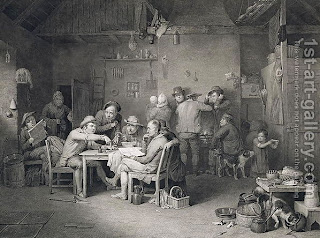 The testimony is over, the vote is in: Just before 4 PM Pacific Time, AB 372 passed out of Assembly Judiciary Committee.

Frankly this doesn’t surprise me much. CARE has made clear that its current strategy is to “fool” certain members of the committee with its laundry list of adoptee insults and lies, and then excise them out later—even on the Floor. Sponsor Asmb. Fiona Ma, in fact, actually admitted during the hearing that she was foolin’ her colleagues, though her confession was framed in the more discreet language of “we’d really like unrestricted access, but we respect the current law too much to ask for it and rock your boat.” Maybe the committee is stupid after all. Maybe it wants Senate Pro Tem President Darrell Steinberg, who never met a bastard who didn’t need locked up in vault, to do its dirty work. Maybe the committee doesn’t want to look like a total Grinch. How CARE intends to fix things is a matter of faith. You can fool all of the people some of the time, and some of the people all of the time, but you can’t fool Mom. (Captain Penny).

The testimony was really too short to critique. Nobody brought up the idea to just exempt original birth certificates from the “privacy code” (btw, courts already are exempt—they are not “agencies.”). It would be real nice to know exactly what records CARE wants us to have, too. So far we are playing don’t ask/ don’t tell. Trust us! Nobody was bothered with this, either.

Attorney Joe Wood (for CalOpen) and first mother Linda Franklin were given a whopping 2 minutes each to oppose AB 372. (To be fair, CARE lobbyist Stephanie Williams and Sarah Burns for AAC/CUB got only 2 minutes, too.) Everybody else got about 20 seconds or less. I liked Wood’s point that in class action suits, there’s a 15-20% bounce rate on notices. Unfortunately, no mention was made that the rate would be much higher in adoption cases due to women’s name changes and the fact that many women were sent off to maternity homes. “Best matches” are irrelevant, legally, ethically, and practically.

Laurie Dunfield-Baker, whose first mother is dead, testified that in the current draft, adoptees whose birthmothers are deceased would not be able to receive their obc since dead people can’t give or withhold permission (though I suspect you can send them mail.) Others, also, brought up this hard fact in their allotted 20 seconds.

Asmb. Ma countered she was “open” to several amendments including one that would permit adoptees of deceased birthmothers to receive their obcs. Of course, the adoptee would have to prove her or his mother is dead, and how does one do that when identity is sealed for most? Will the State of California search through the California Death Index, death records of every state, the Social Security Death Index, Railroad Retirement Board records, ancestry.com? Will they rent permanent space at the Sacramento LDS Family History Center and spend days checking out obscure records and leads–like adoptees do?

Even funnier, Ma said she was open to a provision to notice by publication. I kinda like the idea of entire classified sections of the LA Times and Sacramento Bee dedicated to tracking down shamed, desperate women hiding in closets and orange groves.

Marley Greiner: your bastard has contacted us to get his obc. We couldn’t find you where you lived in 1965 so we’re chasing you down in the newspaper. Hopefully your parents, neighbors or boss will recognize your name and contact us.

Or how about this:

If you had sex in or around August 1942 in or around the County of Sonoma, do you give your consent for some 67-year old retired English professosr whose conception and birth location approximates the location of your personal fall and shame to have a birth certificate?

Hey, didn’t they try that in Florida with the Scarlet Letter law?

Here’s a true story from the Ohio:

Several years ago an Ohio adoptee and alledged father were “matched” by the Ohio Reunion Registry operated by Ohio Vital Stats. The race of the adoptee was wrong and his date of birth and name of mother close but wrong. Nonetheless, Vital Statistics informed the adoptee not only of the match, but that his mother was alive since she was not in the Ohio Death Index. (Apparently nobody ever leaves Ohio). When the “match” was exposed as a mismatch, a professional searcher was able to identify the correct name of the mother in less than a day, and to verify that she had died breast cancer years earlier. The mother never changed her name hoping her son would find her. She died in Ohio, her death was listed in the Ohio Death Index, and her death certificate was filed at Ohio Vital Stats, the same place that mismatched father and son and claimed Mom wasn’t dead! oops!

Why anybody would trust the government to do anything but release the obc is a mystery. And that’s overly trusting to boot. Just get the hell out of our lives!

Most states—even the worse–show adoptees a modicum of respect and acknowledge that equal access bills are a highly emotional and intimate issue. It’s not like air pollution regs or speed limits. This is about people’s lives. Listening to the hearing this afternoon, though, was kind of like listening to Is That All There Is?

Drive-by testimony must be something peculiar to California. I’ve attended hearings in several other states where witnesses can talk to theier heart’s content but might sometimes l be limited to 5-10-15 minutes of oral testimony, but all witnesses are heard within an equal limit unless time runs short after several hours. Hearings in New Hampshire, Maine, and Massachusetts I’ve testified at have gone for hours. (New Hampshire’s lasted about 8 ½ hours.) The Massachusetts hearing started with panels of 3-5 witnesses in specialized areas, then opened to the public. Of course, in those states there were things like co-sponsors and competent lobbyists and activists.

I think we all understand that the real political work goes on in smoke-filled rooms outside of the reach of the public and that many hearings are just show trials. (Look at the records access section of Ohio HB 7 last year, which had no public opposition, and was gutted0on- demand of Ohio Right to Life behind closed doors.) Cal committee rules just move the smoke-filled room on to Front Street.

But then, this is California. Today, one gets the impression that nobody in Sacramento cares about much other than Darfur, which is distant and safe. While we waited around for a quorum to arrive and a vote taken, a long convoluted discussion went on and on in the committee about Darfur, due process, Armenian Genocide, state’s rights, Constitutional supremacy, and the commerce clause of the US Constitution. Not to belittle the Darfur situation, but too bad nobody could get as heated about the documentary genocide of thousands of Californians.

Witnesses: I missed a couple of proponents, but think I got all the opponents. Names may be misspelled in some cases.

AB 372 is a mattress war for the hearts and minds of bastards everywhere. Both sides, in theory, want access, only one side wants to limit access and leave people behind for practical reasons, the other will leave no one behind. Politicians don’t partiacularly understand the differfence and don’t want to hear about internicene fights. This has to be fought by us and us alone. Do we want table scraps from the deformer’s table, or dinner at The Ritz? This isn’t 1967. I consider CARE and its cronies more dangerous than NCFA, ACLU, RTL, or anybody who seeks to keep our rights in abeyance.

That the AAC spoke in support of AB 372, though expected, takes some of the sheen off its remarkable conference this past weekend.

26 Replies to “IS THAT ALL THERE IS? CALIFORNIA AB 372 PASSES OUT OF JUDICIARY”