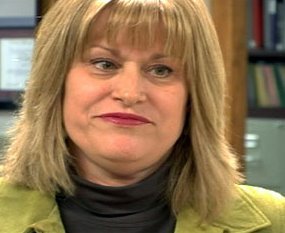 For some time I’ve been meaning to write about Leslee Unruh who runs the tax-exempt National Abstinence Clearing House (aka Abstinence is the Only Answer Club) and the Alpha Center CPC located in Sioux City, SD.

Local observers have taken note of Unruh’s political connections since 1987, when she paid a nominal fine and walked out into the sunshine after pleading nolo contendere to five misdemeanors, instead of facing a much more severe sentence for ten other misdemeanors and multiple felonies with which she was also charged.

The center was fined $500 in 1987 after pleading no contest to five misdemeanor charges of unlicensed adoption and foster care practices. That was part of a plea bargain in which 19 charges, including four felonies, were dropped.

Unruh said at the time: “I so much believe in this. Can I start compromising now? I’m not guilty of anything. If saving babies is against the law, then I’m guilty.”

Nice dodge, but “saving babies” isn’t against the law. However, leaning on teenagers to hand over their babies for money is still a crime, even in South Dakota.

Leslie Unruh is not some obscure crackpot. She is a key player in the total abortion ban in South Dakota;. She has friends in high places. Like George W. Bush. And she and her fellow travelers get millions of tax dollars to spread their bullshit over the country and on you and your kids.

And for your inner wonk:
SIECUS: A Brief Explanation of Federal Abstinence-Until-Marriage Funding