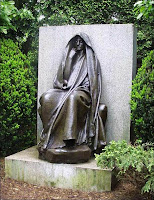 My brother Butch died on Wednesday. I never met him, so there is not much I can say here. I know that he spent the last few years of his life in pain and sickness. He is now at peace.
Butch is survived by his wife Margaret; son Jack and his wife Jennifer Doolan Reese; brother, John Jennings Reese; nieces Crystal Reese and Jasmine Reese-Claybrooks, nephews, Abe Reese, Aaron Reese, Jahmal Reese, Markus Jennings Reese; and grandchildren whose names I don’t know.
RIP MY BROTHERS
Robert Jennings Reese, April 8, 1953 – January 1, 2009
Mark Jennings Reese, October 19, 1955 – March 22, 2009
Sam “Butch” Reese September 14, 1946-June 7, 2011

One Reply to “In memory of Sam "Butch" Reese”