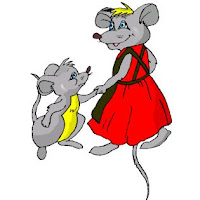 The Mitchell-Feigenholtz spin machine thought the rest of us would roll over. We have not and will not. Mitchell’s letter raises all sorts of questions:

Illinois Adoption Reform will be addressing these issues and more within the next day or so. Stay tuned!

In the meantime, here is the latest Mitchell letter:

A day that many of us have dreamed of for a long, long time has finally arrived!!! And, after helping thousands of Illinois adoptees, birth parents and adoptive parents…I am now turning to all those I have assisted over the past decade, to help me make a HUGE change in Illinois adoption laws!

On March 10th of this year, State Rep. Sara Feigenholtz filed legislation that creates a simple, fee-free procedure by which an Illinois-born adoptee over the age of 21 may request a copy of his or her original birth certificate through the Illinois Bureau of Vital Statistics. The proposed bill, House Bill 4623 (aka H.B. 4623) passed out of the House Adoption Reform Committee on March 13, 2008, 8 votes to 1 (lone dissenting vote was that of an adoptive father who felt birth parents needed even more protections than they already have in the proposed bill–see below). The next big hurdle faced by H.B. 4623 is finding the 70-plus State Rep votes needed to get this bill out of the Illinois House by the end of April. Please keep reading to learn more about this exciting legislation and find out how you can be part of the most dramatic change in Illinois adoption laws in over half a century!!!!

WHAT DOES THE BILL DO?

H.B. 4623 would provide adoptees born prior to January 1, 1946, with unfettered access to their original birth certificates as soon as the law is signed by the Governor. No exceptions. No ifs, ands or buts. Surviving children of deceased adoptees who were born prior to January 1, 1946, would also be authorized to receive copies of the original birth certificates of their adopted parents once the bill becomes law.

Under H.B. 4623’s current language, adopted persons born AFTER January 1, 1946, would have to wait until April 1, 2009, to begin requesting copies of their original birth certificates. The six-month window, from October 1, 2008, to April 1, 2009, coincides with that of a widespread media campaign which is mandated under the proposed law, and would inform both adoptees and birth parents of the options available under the new law. During this six-month waiting period, birth parents who would welcome contact with their birth children and birth parents seeking anonymity would be able to convey their wishes to their birth children by signing up with the Illinois Adoption Registry. All birth parent requests for anonymity filed with the Registry would expire upon the birth parent’s death… Surviving adult children and spouses of deceased adoptees born after January 1, 1946, would also be authorized to request copies of their deceased parent’s/spouse’s original birth certificate beginning April 1, 2009.

I have posted full details on House Bill 4623’s progress thus far on the White Oak website, as well as a complete FAQ on HB 4623 (where you’ll find all of the most frequently asked questions we’ve received about the bill) and a chart showing the differences between current statute and the proposed law. Although this is not a “pure” OBC (for original birth certificate) access bill, H.B. 4623 will release 100% of the original birth certificates which were retroactively sealed in 1947, and 99% of the original birth certificates which have been sealed since then. The rare adoptees who will be the subject of birth parent “requests for anonymity” filed under this law will have the option of receiving copies of their obc’s from which only the identifying information pertaining to the anonymity-seeking birth parent has been deleted AND are likely to find updated medical background information waiting for them at the Illinois Adoption Registry (like everyone who uses the Registry, birth parents seeking to file a request for anonymity must choose between paying the $40 registration fee or providing updated medical information). Imperfect as it may be, the bill is a HUGE step forward…and, WITH YOUR HELP, will become law in Illinois!!!

HOW CAN YOU HELP?

WHEREVER YOU LIVE: PLEASE FAX YOUR LETTERS OF SUPPORT (if you’d like more info on what to write in a letter of support, email me at [email protected]) to as soon as possible. Letters and documents faxed to us will be used in efforts to educate Springfield legislators on the widespread support for this bill…If you are a BIRTH PARENT and were not promised anonymity at the time of your child’s relinquishment, please mention this in your letter of support. If you are an ADOPTED PERSON or an ADOPTIVE PARENT and had access to the birth parent’s name via the adoption decree (aka the “final decree of adoption”), please mention this in your letter of support AND, if possible, INCLUDE A COPY OF THE ADOPTION DECREE with your fax.

Although, thus far, the most vocal opponents of House Bill 4623 have been the right-to-life movement’s paid lobbyists (who claim to know more about what was promised to birth mothers than birth mothers themselves) and obscure internet entities who have little knowledge of the laws and legislative realities that prevail in Illinois, even very marginal opponents can have very big voices!!! Without your help–and that of your friends and family members and coworkers–this law could die a premature death…

IF YOU HAVE ANY QUESTIONS, LET ME KNOW…And thanks in advance for reading this long note…and helping to MAKE THIS HAPPEN!!!!

4 Replies to “ILLINOIS: MITCHELL-FEIGENHOLTZ SPIN MACHINE GOES INTO ACTION! WHAT ARE THEY AFRAID OF?”