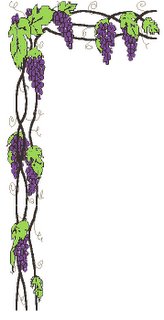 Like Martha Huber, Bastardette is a gossip magnet. Hardly a day goes by when a delicious scrim of AdoptionLand gossip doesn’t fly across her screen. Most of it is best kept in friendly cozy little loops or snerky phone calls. But occasionally one is just too good to pass up. So when this too intriguing story was sent along, it just had to be shared. Especially because it’s about Bastardette.

One of those ubiquitous relilable sources told yours truly that on Monday Tom Atwood, president of the National Council for Adoption was interviewed for a major network news show to be broadcast later this month on the subject of forever dead Russian adoptees. You know, those kids who are adopted from the dom rebyonka and promptly whacked–or at least physically or sexually abused–by their selfless forever US adopters. According to Bastardette’s ubiquitous reliable source, Mr. Atwood appeared to be using Bastardette’s Forever Family–Forever Dead blog as his major information source throughout the interview

Now, Bastardette was not actually there and can only go by her ubiquitous reliable source, but…nonetheless…under the reported circumstances…

Bastardette is honored, flattered, thrilled and humbled that NCFA trusts her so much that the GREAT I AM of Adoption– the nationally recognized “voice of adoption”– prefers to take Bastardette’s word instead of wasting time digging up its own dirt. Of course, its cheap, too, since nobody pays me to do it. In fact, Bastardette wouldn’t know what to do if somebody paid her $134,000 a year to bang the gong around. Maybe pick up a couple Vera Wangs, a hot blond bomb boy, and winter in the Caymans.

Maybe this is for the best. A couple months ago NCFA didn’t do too well when it implied that most of our dozen (known) dead little Russian orphans were trafficked to the US via independent means–not agencies– when in fact out of the 9 that we have procurement data on, only one was imported through an independent adoption. Here’s a thought: NCFA should take all the money it spends on trying to keep adult adoptees at the bottom of the food chain and hire a fact checker.

Did NCFA loose it’s brain when it went to Alexandria? 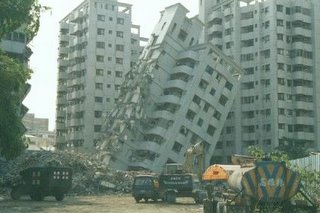 NCFA’s hysteria and bad information over the Russian situation, its implosion in Massachusetts and its whinny reaction (more about that later this week), and now this weird story suggests that something is amiss in la-la-land. In Dr. Pierce’s day, NCFA was a worthy opponent. Is the Potemkin Village starting to crumble and careen into that notorious dustbin of history?

In an interesting sidenote, Bastardette noticed a few days ago while going over her Site Meter log that someone from the US State Department has been reading her blog. Somebody looking for, as my favorite morning BLITZ New Rock Radio news girl, Shannon, would say, the rill dill?

2 Replies to “I HEARD IT THROUGH THE GRAPEVINE: NCFA PIMPS BASTARDETTE”