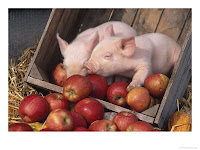 I’m working on some Russian updates. What were once simple and straightforward reviews of cases have turned into tales of Tolstoyan proportion.

Meanwhile, yesterday I was censored again by Huffington Post. This time over daring to suggest that international adoption isn’t white bread. My comments came under Adam Pertman’s new blog entry, Lessons in Adoption from BJ Lifton, Harvard, and Oprah. I’ll post some comments on that in a separate blog and try to get it on HuffPo as well, but I may be expelled to the Bad Bastard’s corner unless I limit myself to commentary on Kim Kardasian, Melissa Etheridge, and the decline of the American Left.

Part of my comment to HuffPo was cross-posted to Facebook, but due to size restrictions FB won’t carry the whole thing. Left off were comments from the Transracial Abductee site that I included.
Here’s how it played out.
Poster Jack Grissom wrote in part:
One of the issues people bring up is adopted children being raised by parents that are of a different biological ethnic background than their own. All I can say is, I don’t think that I’ve ever heard an adult who was adopted as a child wish that they hadn’t been adopted just because their parents were of a different race. Just ask famous musician Michael Franti.

Gaye Tannenbaum responded in part (her post is still up):
You haven’t been talking to enough adoptees at any depth. I know several Korean adoptees who grew up either thinking that they were white or wishing that they were white. I even know adoptees who shared racial characteristics with their adoptive family but not ethnicity. If they “wished” they hadn’t been adopted, it wasn’t “just because” of the racial or ethnic difference. It goes far deeper than that but certainly includes racial and ethnic differences.

I followed with:
I agree, Gaye. Racism, fetish, neo-coloni­alism, imperialism­ is a huge issue amongst the transracia­lly adopted. Over the years I’ve been continuall­y impressed by the work done by the Transracia­l Abductees and what has come out of them later. The best political critique of adoption I’ve seen anywhere. From the TRA page: 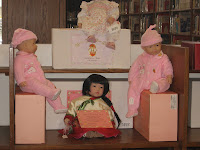 Abduction is the word we like better than adoption. “Adoption” conceals the unequal power between abductors and abductees, and in the abduction industry in general.

Who Can Be An Abductor?
White people, white governments, the abduction industry.

Why Talk About This?
It’s important to talk about this because nothing else we’ve seen out there is politicized in this way. Transracial abduction is secretive, silencing, and abusive, and it’s really hard for transracial abductees to speak out against this racist system of forced assimilation and brainwashing. We wanted to create a forum where abductees can talk about our experiences and share our analysis of them.

I know my comment was posted. I saw it a few minutes after I sent it and at least an hour later. Today, when I went back it was gone, and it does not appear on my “activity” page. If I were kind, I’d say that maybe there’s a rule I don’t know about regarding cutting and pasting or linking, but I’ve see both posted in other comments. I can only conclude than that the HuffPods were, in fact, silencing the Transracial Abductees and me for upsetting Ariannia’s happy dappy cart. Whatever, happened, I’m in good company.