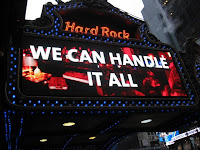 I’m really tired and won’t write much tonight, though. Maryanne, Mike, Sabina, Toff, Dan Haines, Susan Grundberg (and I) were there. We kicked some ass in what would have been otherwise pretty much of a snoozer. How many times will they float down the Nile? Lots of adoption is wonderful blah blah, lots of compromise is good blah blah, you don’t understand us blah blah. . Our questions and comments upset a bunch of them. DMC continued to threaten to kidnap politicians parents. I finally got the draft of the Manifesto finished. It needs some work yet , I used part of it, and it will be posted in the next few days. Afterward we went to lunch at Junior’s. I came back to the hotel, watched TV, feel asleep for an hour, got back up and wandered the streets in the rain. Really, there is a lot to say, but I’m just too tired right now. 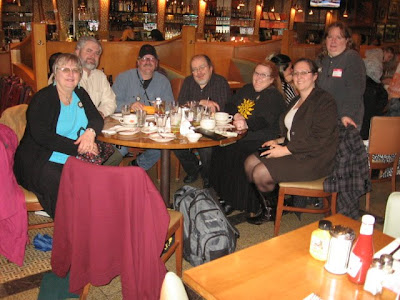