Over the last couple days I’ve collected dozens of new resources on Haiti child lifting schemes–so many that I’m working in overdrive. I am sorting out the the new information.

We knew it wouldn’t take long! Judie Brown’s American Life League (those rascally friends of the American Center for Law and Justice, NCFA, Tennessee Eagle Forum, and odious others who tried to stop records access to some adoptees in Tennessee) has blown a gasket over International Planned Parenthood sending condoms and birth control to Haiti. If we didn’t know better, we’d think the press release came from Weekly World News. Many of ALL’s press releases read like they do. ALL hints that that IPP is practicing secret eugenics and wants to kill off what Haitian women are left. ALL doesn’t mention that IPP-Haiti is in the field giving primary and essential health care to earthquake survivors.

IPPF’s latest fundraising appeal asks donors to “Help Haiti Now” by donating to their PROFAMIL project which has offered Haitians contraception, condoms and sex-ed for teenagers since 1984.

“Haiti needs food, water, clothing and shelter – not condom demonstrations or birth control pills – especially when we see more than 25,000 lawsuits filed in the United States alone due to the dangerous side effects from the Yaz birth control pill, ” Diller said. “Condoms and birth control aren’t life saving relief, but rather life-threatening.”

The birth control pill increases the chance of death through pulmonary embolisms and blood clots. It also decreases bone density in young women. Last month a Swiss teen died from the pill prompting the Swiss Federation of Service to Patients to call for a ban on the pill related to the young woman’s death – a brand such as Yaz, Yasmin and Yasminelle.

Not only do the pill, patch, IUD and similar birth control products cause great harm to the woman herself, but these products also work as abortifacient – meaning, they work to cause early abortions inside the mother.

“Time is running out for Haiti. We call on Planned Parenthood to cease this ridiculous fundraising campaign that is keeping water, food and medical supplies from Haiti and to ask their supporters to contribute to the real needs of the victims of the this disaster.”

LifeNews.com picks it up from there, accusing IPP of “pushing” contraception on the Haitian people.

In other words, Planned Parenthood is asking for money to help it pass out condoms and birth control to children who are looking for their next meal and medical care for injuries they and their family sustained in the earthquake.

The Planned Parenthood Help Haiti fundraising site says its local affiliate “meets regularly with the Minister of Health to develop strategies for increasing access” to birth control and contraception and that the group regularly targets “rural communities where the people are totally isolated” and likely have little access to food and water now. 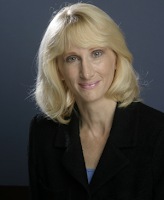 In the same article Wendy Wright (left), president of the the prissy rightwing Concerned Women for America (the born again response to NOW for women who like to pretend they care for other women), tosses racism and eugenics into the pot by complaining that IPP is only concerned with its “racist” agenda, and doesn’t give a rat’s ass about Haitians, who at this point need to start breeding to fill up the gap left by the still uncounted dead:

“Haitians need food, water, shelter, safety, comfort. They are wandering in a daze and in pain,” she said. “Yet all Planned Parenthood thinks about is how to benefit from their suffering. Instead of offering a cup of water, they offer a condom.” “As corpses fill the streets and the world wonders how few Haitians will survive this crisis of mass proportions, Planned Parenthood’s goal is to reduce their numbers even more,” Wright said. “Planned Parenthood exhibits its racist intentions again. If successful, Haitians would be denied the joy of children and the hope that their country will live on,” she added.

No mention, of course, of child trafficking past and current, institutional poverty (much caused by US policy), and the mass diaspora of Haiti’s children to far away places with strange sounding name under the guise of child saving organized by the white and class privileged to which Ms. White belongs.

What Judie and Rita and Wendy are really upset about is the idea that Haitians might fool around in a tent someplace, in the midst of their own pain instead of following the strictures ALL/CWA decorum and Pope sex.

We realize this is just a blip on Haiti’s Richter Scale right now, but besides annoying, is very much liniked to special interest groups and ministries, and babylifting. These parasites never pass up an opportunity to exploit tragedy, or any issue they can play hammer and nail with.

PS Sorry for the different fonts. I cut and pasted the quotes and I can’t get them to match up now.

7 Replies to “HAITI: AMERICAN LIFE LEAGUE SAYS NO TO CONDOMS AND CONTRACEPTION FOR HAITIANS”