Kevan and his brother continue to be State Biohazards. Here is Part 2:

Well, I just got off the phone with the illustrious Don Mencarini up at the Kids-4-Less sales office. Don runs the Adoptions Support Unit at the SS in California. (Yes, interesting how Social Services has those initials, what? Why not, though? Do a web search for “Lebensborn”…) He’s also the CI in my sibling contact nightmare. I decided to try and get some closure from my foolish participation in the new California Lame-O Law (Leno Law) for adoptee sibling contact. I asked Don if he bothered to tell my brother that I am also adopted and our birth mother didn’t raise us. See, Don has been trying since July to get my brother to send in the Waiver of Rights to Confidentiality the state requires in this bullshit CI system. So he says. My brother has been saying he’s sending it and never does. So I told Don, look, he was adopted when he was two and he’s older than I. Maybe he thinks, “Mom KEPT him but not ME?! Fuck him! I’ll just drag this out and see how HE likes feeling like this!” Well, no, Don never told him. What’s more, he can’t tell him because it will violate “confidentiality” even though they have my waiver. So, next week, I will get a written letter from Don telling me I’m fucked and my brother won’t send the waiver. So, sorry, tough luck to you, Kevan! He also told me this has happened with another adoptee whose sibling said, “Fuck her/him!”

So, I strongly urge all of you reading this to never, ever trust the government in your search. I told Don it’s pretty darkly comical how with all this “confidentiality”, a private investigator can get me my brother’s contact information within a day. For a price. Adoptees begin life victimized and we are victimized every step of the way. It’s just one long theft by tyrants who keep telling us how much “better off” we are having been adopted. Oh? If that’s so, how come I feel like shit having lost my brother a second time? Don says, “Well, maybe he’ll send it in later…” Now why would anyone want to live on that Fantasy Island rerun?! Oh, yeah, maybe he’ll send it in! What, am I supposed to applaud these assholes for this emotional hell?! I urge all of you reading this—do not let the State be your first contact with your sibling(s). Let my case be a warning. Just suck it up and pay a reputable PI and do this yourself. The State is not to be trusted. I am going to have to do the PI thing myself now and hope like hell that Don didn’t poison the well with this ham-handed approach. “You have a sibling! No, can’t tell ya anything about your sibling. You have to fill out a Waiver of Rights to Confidentiality first!” Yeah, boy, I bet that jerks the tears right out of their tear ducts! 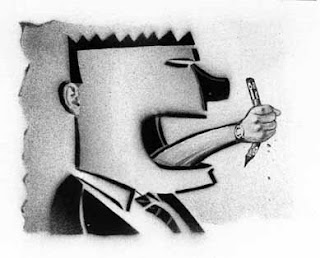 Need I point out the moral and ethical outrages committed here? Isn’t it self-evident? Well, the “truths” that were allegedly self-evident at the founding of this nation do not apply to adoptees. All men are NOT created equal. Some animals are more equal than others. We are mere chattel of the State, for the State to do with as it wishes. I get to lose my brother not once, but twice. Once at birth and now again through this CI system I stupidly, idiotically, thought might work. I hope Don is proud of himself. “Just following orders”, must preserve confidentiality at ALL COSTS: So, he can’t tell my brother the ONE thing that might make all the difference in reuniting us. I also hope Assemblyjerk Leno is proud of himself for creating this self-fulfilling failure. I suppose he can quaff his Zinfandel with pride knowing he has made himself feel SOOO good at the expense of so many. See, the CI cannot tell your sibling anything about you. Nothing. So will someone please explain to me how the fuck this CI for contact is supposed to work? It doesn’t. And that is just the point they’re wanting to arrive at. “See? Nobody wants contact! Closed records are fine!” Oh, Don did tell me how one contacted sibling was overcome with joy and they arranged contact and everything was as seen on TV. Sweet. Wish I had that. Don refuses to go the extra mile for me, though. Yeah, might fuck up a promotion. How do people like this sleep at night? Oh, well, I guess like all the other “just following orders” people through history slept: Like a baby. A baby not given up for adoption, mind you.

I was a fool. I thought a CI might work. And what a fool I was! They could not find my five paternal siblings. Yeah, got to lose them, too. The Non-Identifying Placebo the State sent me said, “You had one maternal brother. Blah, blah, You had five paternal siblings…” Notice that word? HAD. You HAD these brothers and sisters and you lost them, thanks to the State. Why? Because adoption is a racket. They are more than happy to tell you what you HAD and lost because it doesn’t identify anyone you can then hopefully find. Yeah, I keep hearing ALL about what a tyranny Iran is. Well, Mahmoud Amahdinejad didn’t deprive me of my brothers and sisters and my own identity and birth certificate. So Iran is not my enemy. They have done nothing to me. But this government continues to victimize me. Personally, I am amused by Iran’s antics in telling our government to go fuck themselves. They took the words right out of my mouth.