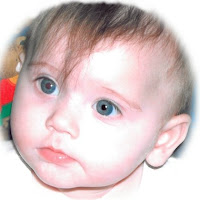 Good news out of Georgia this week!

Remember Jessica Scovil, the 9-month old baby who died of heatstroke from being strapped into a hot mini-van for two hours while her foster mother, Wendy Osborne, snoozed off strep throat medication?

Piedmont Circuit DA Rick Bridgeman said in a press release that Osborne unintentionally caused Jessica’s death “by consciously disregarding a substantial and justifiable risk by leaving her in the car.” ( I have been unable to locate the press release online, and am quoting from news articles).

Jessica’s father Robert Scovil told the Atlanta Journal-Constitution, that he’s happy with the indictment. “She [Osborne] made a mistake, and she’s going to have to pay for her mistake. We’re going to have some justice for Jessica.”

Jessica was removed from her parents Evelyn Carter and Robert Scovil on an anonymous tip connected murkily over Carter’s learning disabilities and bi-polar condition for which she was reportedly under treatment. She was placed with Osborne, a more “suitable mother,” and her husband Chris, while Carter and Scovil jumped through hoops to regain custody. The Osbornes had two adopted 3-year old daughters and two foster teens living with them at the time of Jessica’s death. DYFS has never explained why a 29-year old woman with two toddlers and two teens in her home was considered qualified or suitable to take on somebody else’s baby who was suffering no abuse or neglect. The little girls, btw, were brought into the house and left to entertain themselves while Osborne slept and Jessica died.

After Jessica’s death, her parents and their public defender said that DYFS had blocked the baby’s return home for several weeks. A court hearing that would probably have ended with Jessica’s return to her parents was scheduled for September 16. She died on September 2. State officials did not inform Carter and Scovil until the next day.

Right after Jessica’s death, Robert Scovil told the Journal-Constitution, “They (DYFS] are responsible for this.” Carter reiterated, “If the state had done it’s job, she’d be alive.”

Not surprisingly, Wendy Osborne’s friends have jumped to her defense. (Click on Jessica’s name under my “labels” sidebar on the right for their comments on my previous Jessica entries and for more details on the case.)

Here is a sample of one new comment, posted in response to the indictment, from the Jackson County Herald. Be sure to read the comment in its entirety. It appears the writer is accusing Scovil and Carter of using drugs — while their friend was zoned down on medication. Thankfully, most of the other comments aren’t so dewy-eyed and offensive.

There is always a reason and a purpose for everything that happens to anyone and we are still looking for the reason and purpose of this.

All we can say in defense is we loved little Jessica alot and she blessed everyone she came in contact with. That was her purpose indeed!

So, let’s get this straight. Jessica was born to Evelyn Carter and Robert Scovil, torn from their arms and home for everybody’s own good by the government, and placed with a “more responsible” caregiver who let her boil to death with a core body temperature of 108 degrees, so she could “bless” a bunch of strangers.

Talk about “suffer the little children”!

The more I’m in this business, the more words fail me. I’ve heard better excuses coming from the Bush administration

6 Replies to “GEORGIA: THE WHEELS OF JUSTICE BEGIN TO GRIND FOR JESSICAL SCOVIL”