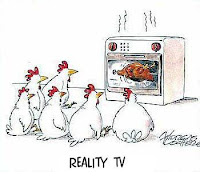 Then the Steinpases decided to forget about the legally binding agreement they’d signed in 1979, pledging not to search for their former baby or upset her home life. Why should Scotty and Sandy let a nasty old contract get in the way of their whims?

WTF??? Of all the complaints I could raise about Find My Family, some alleged breech of contract is as far away from my radar as Antoine Vermette’s reaction to the latest Columbus Blue Jacket’s loss. To show how far away that is, I had to look up the Bluejacket’s roster to come up with his name to write that last sentence. 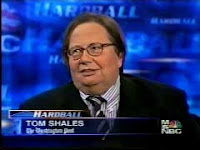 The media is the message.

The media is the cheap massage the public craves.

These shows succeed by creating empathy with the audience, who are the not-adopted. The not-adopted can, for a half hour at least, imagine what it would be like to lose ones family and then find them. A neat bundle of instant catharsis. The fact that our government creates and regulates the crisis just complicates things…

Find My Family, Shales says, reminds him of the pioneer creepie peepie gendered shows Queen for a Day, It Could Be You, This is Your Life, and the “shut-in” favorite Strike It Rich with Warren Hull, popular daytime shows full of tears and cool consumer shit and reunions with long lost family members, teachers, and lovers. As a child Bastardette voraciously consumed these shows. I once, no kidding, saw Joan Rivers reunited with her sister, a lawyer. They didn’t seem real long-lost. Only bi-coastal. Everything is phony.

It really is amazing how far back in television history these for-profit invasions of privacy go — and depressing to face the fact that they’ll probably never go away.

Of course, it’s depressing, and of course they’ll go on. Adoption records remain sealed. and the public loves melo as long as they’re not the subject of it. Significantly, Shales forgets…the government created the mess that is sealed birth certificates that created Find My Family. And he forgets… 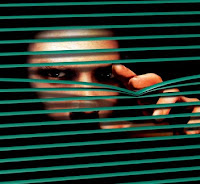 There is no “invasion of privacy” when all parties willingly forgo their “privacy,”an act of autonomy. Shales, the cultural critic of privilege, can’t comprehend that Find My Family contestants (and that’s what they are) WANT to, dare I say, find their family. Due to moronic identity stripping laws that de-identify families and anonymize its members in the name of a state-convoluted and enforced “privacy right” to protect the adopted from themselves and their biological families, they can’t. So when a show like Find My Family or its progenitor, The Locator comes along they jump through hoops to get on. To the political bastard, searching is a subversive act. Searching is a political act. Unfortunately, the contestants so far seem to prefer sentimental reunion to political action. Too bad, since a bastardcentric show could be politically energizing. Screw you, Wisconsin!

Shales, the TV intellectual, doesn’t see adoption like the rest of us who live it. He worries himself over a spurious breach of contract he pulled out his nose, when the real problem is government confiscation and sealing of our birth records and the state’s continued interference in our personal relationships, something you’d think a cultural critic could get his teeth in. As Bastard Nation writes,

Generally, however, the courts have determined the right to privacy to mean protection of individuals from government intrusion, not the right of one individual to remain anonymous from another.”

But, it’s not as if the producers of Find My Family bring it up, and nobody asks and nobody tells.

Here is the Sirkian irony Shales so needs to revisit. Elizabeth Samuels opened the door in her WaPo letter:

They [contract promises] were a condition imposed upon the birth parents, without consideration for the future wishes of the child. The birth parents surrendered all rights and would not even know whether the child was adopted or kept in long-term care. After adoption, documents in the hands of adoptive parents often contained the birth mother’s name.

Now, in a piece of cruel irony, when birth mothers overwhelmingly support proposed state laws to give their adult children access to their original birth certificates, the mothers are told that the certificates were sealed to protect their anonymity. It is not a whim to grieve the loss of a child and to long to know whether the now-grown child is alive and well.

There are plenty of reasons to genuinely dislike Find My Family The show manipulates exploits, and weeps. It sentimentalizes adoption “dysfunction” as a personal and individual “problem” not policy rot. It perpetuates the ideology of adoption secrets and shame by remaining silent on sealed records. It leaves the adoption industry and its political lobby untouched. It would probably be too much, though. to expect a reality show to be anything other than what it is: inexpensive, easily-made entertainment in a time of political and economic uncertainty. One person’s incarceration is another person’s escape.

Still, Find My Family (and The Locator) are visual documents well worth studying and deconstructing for what they say about adoption and the relation of bastards to the state. If your issue gets made into a reality show, then you’re in serious trouble.