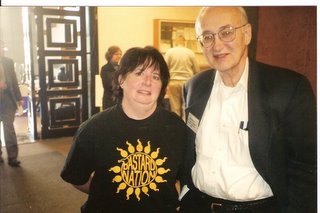 Today marks the second anniversary of the passing of Bill Pierce, founding president of the National Council for Adoption.

The Good Doctor was Bastardette’s greatest friend and greatest enemy in AdoptionLand. He inspired and angered; lectured and learned; snipped and snapped– and believe it or not, he never took it all too seriously. Bill liked and admired Bastard Nation, the only organization he said had ever stood up to him with fire its heart and without some mysterious “hidden agenda.” He believed (or at least said he believed) that after Oregon he’d lost the records access war– which, of course, didn’t stop him from claiming that Bastard Nation had “bought the election.”

If only Bill hadn’t been so hung up on his weird-ass idea of “adoption privacy.” If he’d had his way I suppose phone books would be banned. Under different circumstances he would have been a Bastard. Of course, lots of people thought he already was–with a small b.

Bill genuinely liked people who fought for what they believed in, even if he disagreed with them. He used to tell Bastardette to never give up the fight–and never give up fighting him. I haven’t and won’t, but with his passing much of the fun has gone from the fight.

Dr. Pierce was a great foil, a master of absurd sound-bytes and analogies. Back in 1999 when I organized the Belly of the Beast Rally at the old NCFA headquarters in Dupont Circle, Bill told Susan Gervasi from the Washington City Paper that adoption records need to remain sealed to protect the privacy of birthmothers because:

Not many people outside of Bill could insult adoptees, birthmoms, druggies, queers, and depressives in 100 words or less. After reading this, I knew it would be very weird to live inside Bill’s head.

Of course, we can’t expect such cranky pronouncements from the current NCFA administration. The Happy Hour stopped long ago. Nowadays NCFA is more interested in hob-nobbing with George W. Bush, fundies and Mormon missionaries, promoting New Age adoption practices, mind-fucking preggos and bmoms, and wearing expensive suits than entertaining the masses. And it’s certainly been unable to present a cogent argument to support sealed records near as sexy or successful as Bill’s. Think New Hampshire and the NCFA meltdown on Beacon Hill last year.

This doesn’t mean that NCFA is no longer a threat. On the contrary. It’s post-Bill blandness gives the organization an outward appearance of “respectability” it never experienced on Bill’s watch. And without Bill, its attacks on adult adoptee rights and autonomy are more palatable. NCFA still grabs the ears of pols who believe adoption stops abortion, re-virginizes women, brings children to God and the Republican Party and that women are stupid. Still, NCFA lacks its Bill brand, it’s personality– it’s moral core if you will–a lack that can be deadly in the long run.

No matter what one thought of Dr. Pierce, he stood for something. Unlike the spate of lackluster carreerists, job hoppers, and evangelists who have followed, Bill was Dr. Adoption, a true believer, a secularist, an institutional memorist, a language wonk, a ruthless lobbyist and slight-of-hand artist who pulled “facts,” speculation, drama and bullshit out of his sleeve. He knew where all the bodies were, and he had no brief in digging them up. A couple that he passed along to me repose here waiting to resuscitate at the right moment. Bastardette (or should I say B*****dette?) attended last spring’s NCFA conference and was deeply impressed by the congregation of moribund adoption missionaries convinced that adoption in the US–the most adoption friendly country in the world– is dying. She could smell their fear, see it in their cloudy eyes, hear it from their desperate lips. When someone at breakfast asked Bastardette why in the world she was there, she replied “To look out for Bill Pierce’s interests”–and then wondered if the questioner even knew who Bill was. A loud thunk was heard in Heaven.

Bill couldn’t wait to meet God. He wanted to spend eternity talking to Him about adoption. I can only say better God than me! Still, much of what I know about adoption and adoption politics and dirt comes from Dr. Pierce. In a moment of high fantasy he once declared that Bastardette was the future of adoption in the US. The ironic perversity of being Bill’s legacy is amusing and challenging. I take it seriously. I like to remind NCFA bosses of my heritage. And sometimes I know that I know more than they do. But what else can the Axis of Adoption Evil expect? Adoptees eat their do-gooders.

Dr. Pierce did not create sealed records, he simply handed the state tools to maintain its decades old stranglehold on our records, identities, and lives. Nonetheless, without Bill our battle would be much smaller, the restoration of our rights easier grasped. The Piercian moment has passed, but the consequences live on until adopted persons everywhere step out and seize back their rights–without compromise. And strangely enough, I think in some dark deep way, Bill would have liked that. Or maybe he wouldn’t. But then, it was never his call. 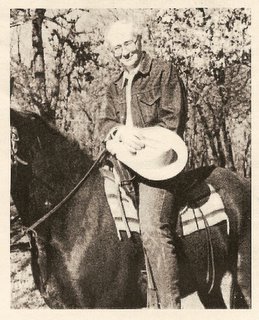 (with apologies for Windows spacing)