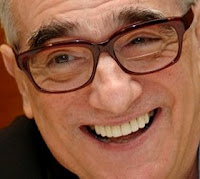 As some of you  know I’ve been forced  in old age to take a job as an  :”inventory associate.”–that is, I count inventory at  mostly chain  stores– Penney’s ,Victoria’s Secret, Party City,,  Tractor Supply, Hollisters.  For the last two days  I’ve worked at the Lowe’s in Mount Vernon, Ohio. . Today I counted over 16,000 pieces of merchandise, everything from screws and  light bulbs to planks of lumber. It’s tiring.  Afterwards, I trudged  back home, and after nursing my decrepitude with a bag of White Castle double cheese sliders I promptly fell asleep

There. in Dreamland, I dreamed  the most interesting message:  Martin Scorsese hired me to write a screenplay on  the history of adoption reform..  I envisioned it as a bourgeois Gangs of New York with Bill Pierce as Bill  the Butcher, and me as Amsterdam Vallon. –but  probably less compelling.  Thankfully this screenplay will never make it to Marty’s mailbox.

This dream however, reminded  me of other adoption- related dreams I’ve had  through years. They
only stopped when I  (for you pop psych fans) I integrated my adoptive and non-adoptive  self.

***** I come home from school and find my amother has been “sent away.” Nobody , including my dad, will tell me where she is. All I now is that she is”sick” or at least this is what everybody says. . There is never a conclusion to this dream, She just remains gone.

This dream is rooted in the real life  incident of my amom having a nervous breakdown  when I was  a       sophomore  in college and being shipped off to a psych ward  at Aultman Hospital for a week. Being Victorians we never discussed it. After she came home my mom denied she’d; been away, much less to a psych ward.–even though I visited her a few times.    I must be imagining things. Suddenly, I was the crazy one.

Sorta  like adoption. denial. and lies.    And me the gaslight!

At the time I had this recurring dream I didn’t see the adoption connection, even though I was very much involved in adoption politics.After my bmom Mama Dot agreed to congtact, I never had the dream again.  So although I was dreaming about my amother, I was really dreaming about Dottie  Adoption is so mind fucking.

*****My adoption search leads me to a large etherial book with a white quilted cover and bound with ribbons, that lists the mothers and fathers the agency has handled through the years,  Of course, when I go to my page it’s blank,  In real life after Mama Dot told me the initials of my birthfather,–JR– I had this dream again, and this  time the name of  blues singer Junior Wells appears–who I can assure you is not my fatherfather. (Nor is JR Ewing).

After I identified and developed a relatuonsjip with my bdad Jack the dreams stopped.

Junior Wells – Not my father

******This sordid dream started sometime in the early  2000s  after both my moms were dead.  My amother returns from the grave…  We meet at fancy places like the Plaza for lunch,  I know she is dead, and so does everybody else,but nobody sees anything peculiar about her.  I don;t’ now how this pertains to adoption, but it does The whole thing  seems to be tied to a Night Gallery script.

I don’t know about you ,none of these scripts sounds very healthy–or entertaining,so I won’t  be going back for them ,even for Marty.   And adoption  reform is just too depressing.  Besides, Angelina Jolie  would probably end up playing me.