Bastardette, as do all righteous bastards, opposes New Jersey’s S1087. That’s not a secret. Yet there is something about the Dimwit pols, wonks, and ambulance chasers who all oppose this bill–for the wrong reasons–that really conniptions her. I mean, if you’re gonna oppose the bill, do it on the grounds that it screws adopees, not because it doesn’t screw them enough. These Dimwits, no doubt suffering from over- exposure to Natural Enemy, believe with all their hearts and souls that adoptees are professional intruders, home wreckers, deviants, and ax killers with the sensitivity of Saddam Hussein and the manners of a competitive eater at a rib burnoff.

A survey of Dimwit comments from Dimwit anti-adoptee thugs regarding the New Jersey proposal suggests that they have warmer feelings towards the aforementioned Mr. Hussein than they do with the grown-up versions of those cuddly little bundles they’ve channeled into the local adoption mill. It is obvious that the adoption mythos pounds firmly in their pure white Chrisian hearts and …they don’t know what they are talking about. But since when has the industry let bastards and their natural parents speak with their own voice?

Still there is something comforting about knowing that we are hated by them. Can anybody say with a straight face that it is bad to be hated by NJ Right to Life’s Marie Tasy who has her fingers in everybody’s crotch? If it’s not birth certificates she protecting from marauding bastardy it’s baybees she rescuing from dumpsters, fetuses she’s feeling up in CPICs, marriages she’s defending from queers, embryos she’s saving from the ice crusher, and the American way of life she’s shielding from the Untied Nations.

Here’s the list. (Some of the bill numbers referenced in the comments are the former numbers of the current bill):

(2) A lot of or rights in this country are things very few people take advantage of. We’re talking about people who made a critical decision based on the undersanding it was private.
NorthJersey.com, January 30, 2005

(3) The law said that their names would be kept confidential. To release that information retroactively and jeopardize the privacy of all those women is a violation of due process and privacy.
Asbury Park Press, May 22, 2005 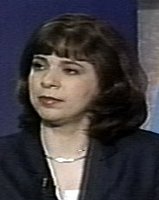 Dimwit #2: Marie Tasy, Director, Legislative Affairs Director,New Jersey Right to Life
(1) But we are not in favor of a bill that retroactively opens adoption records and prospectively does not allow a woman in a crisis pregnancy the option of confidentiality.
KYW-AM, Philadelphia, December 3, 2004. (link no longer available)

(2) This unfairly tips the balance against a woman’s right to chose privacy in adoptions We believe the decision on whether to have an open or closed adoption rests with the birth mother, without whom adoption would not be possible. It should not be made by the state.
Burlington County Times, December 7, 2004

(3) If you take away the right of privacy, the only option wil be abortion….We support mutual consent and voluntary registration. They (proponents of the bill) want completely unfettered access to information regardless of the birth mother’s wishes.
Randolph Reporter, December 22, 2004.

(4) So, clearly, the intent of the law is to find birth parents. If the birth parent doesn’t wish to be found, I’m sorry, but I don’t think the state of New Jersey should allow that information.
NorthJersey.com, January 30, 2005

(5) You’re not hearing from the birth mothers that don’t want to be found…The fear is real. For women for whom privacy is paramount, they will have no choice but to have an abortion.
Asbury Park Press, May 22, 2005

(2) [A mutual consent registry] protects the dignity of both parties.
Asbury Park Press, May 22, 2005

(3) To change the rules of the game so far down the road is fundamentally unfair.
East Brunswick Home News Tribune, October 16, 2006

Dimwit #4: Lee Allen, National Council for Adoption
(1) When we’re talking about this, everybody seems to identify with the rights of the adopted person, but what is also important is to remember that the person who made the adoption decision also has rights. For many valid reasons, birth mothers in particular chose to remain confidential…If she wishes to maintain her confidentiality, then legislation like this whittles down her choice to one. She can confidentially and privately choose abortion…Birth mothers that we speak to and represent–many of them have made their decisions based on trust. How can a bureaucracy in the State House wipe away the trust they’ve depended on?
NorthJersey.com, January 30, 2005

(2) The legislation has the potential to limit a young lady’s choices down to one. It’s not a stretch to think that would happen.
Asbury Park Press, May 22, 2005

(3) Birth mothers past, present, and future must maintain control over their confidential information.
KYW-TV, Philadelphia, October 16, 2006

Dimwit #5: Newark Star Ledger, newspaper
Adoptees say they have a right to their birth certificates, but those rights must be weighed against the rights of mothers, and in some cases fathers, who believed their decision to give up a child for adoption would remain confidential To come back decades later and retroactively strip them of that conditionality is unconscionable.
unsigned editorial, December 10, 2004 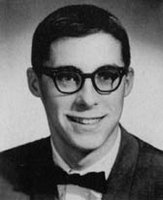 Dimwit #6: Senator Robert Martin, (R-Morris)
(1)Young unmarried women relied on the word of priests or a counselor of some type that gave them absolute assurance they would have anonymity…I don’t know how we can in good consequence change that now.
Newark Star Ledger, December 5, 2006

(2) That assurance [sealed records] was made based on the law, and now we’re going to change the law. I don’t see how in good conscience we can do that.
Morris County Daily Record, December 5, 2006

(2) Applying this law retroactively is like trying to recreate history. We should just decide what the rules are now and move forward, not go back and change the rules after the fact.
Asbury Park Press, December 5, 2006

(3) Some people may have remarried and never disclosed to their spouse or children this private personal decision they had in their life.
KYW-TV, Phildelphia, October 16, 2006

Dimwit #8: Rep. Anthony R. Bucco, (R-Booton):
What about the husband or children of the woman who put up the child for adoption? What if someone came knocking on their door and asked for their mother. It could really turn a family upside-down.
Asbury Park Press, December 5, 2006

Dimwit #9: The Big Tent: Alliance in Defense of Privacy in Adoption, ie, Tom Atwood (NCFA), Rev. Bruce Davidson (Lutheran Office of Governmental Ministry), Deborah Jacobs (NJ-ACLU), Marlene Lao-Collins (NJ Catholic Conference), Marie Tasy (NJ Right To Life):
Indeed, birth parents who consider placing children for adoption if S1093/S620 becomes law would no longer even have the option of confidentiality that is often at the crux of the adoption decision, virtually eliminating the option for a private adoption in New Jersey…While we sympathize with adopted people wanting to contact their birth parents, their interests must not negate the potentially oppositional interests of birth parents…We urge you to recognize the critical important of birth parents’ privacy and the threat to adoption posed by it’s violation.
Statement of the Alliance in Defense of Privacy in Adoption, no date.

The sick part about all this is that many of those leggies who support the deform bill carry the same fear of bastards as do the Dimwits. Otherwise, they wouldn’t have stuck a white-out provision in the bill , under the assumption that natural parents, especially natural moms, are cowardly, weak, voiceless victims of their own children who need to hide under the skirts of NCFA, Marie Tasy, and the state, to get through the day.

And it is even sicker that they have convinced themselves that their beloved institution of adoption is so fragile that it will collapse under the weight of truth. How ironic that according to their scenario, adoptees must be stopped lest the destroy adoption.

9 Replies to “DIMWITS: IN THE WORDS OF 9 NEW JERSEY ADOPTEE HATERS”