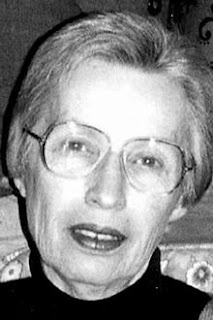 We lost one another of our shining lights Monday with the passing of Tennessee rights activist Denny Glad.

Denny reunited hundreds of Georgia Tann’s victims and knew the rot of the Tennessee Children’s Home Society inside out. Trained as an historian, Denny brought the historian’s passion to her work. You can read about her marvelous energy and activities in Barbara Bisantz Raymond’s expose of Georgia Tann, The Baby Thief.

In the 1990s, Denny was one of the key people in the passage of Tennessee’s semi-records access law which led to Doe v Sundquist. While we disagree with the contact and veto provisions of the law, and I believe Denny did, too, the court decisions that came out of it have become an important marker for us. The lawsuit broke the back of NCFA bullyhood. (Oregon was the coup de grace.)

I met Denny only once–at the infamous March 2001 baby dump conference-that-never-was at the University of Memphis (see “Quick exit following opening remarks at symposium on unwanted babies”–Tennessee Commercial Appeal, paid archives, March 25, 2001) but we occasionally emailed and talked on the phone. She was a walking talking history book.

Today’s Commercial Appeal published a lovely article about Denny. Her”partner in crime” adoptee activist Caprice East is quoted: “I’ve never seen anybody that so many people revered and that nobody vilified. She was just absolutely incredible.”

Tennessee lost its most prominent Angel in Adoption – Denny Glad of Memphis, this week. It is a terribly sad time for us and we are crushed. For many, many years, Denny was a bright beacon of inspiration. She wore many hats, including her association with the AAC as the Tennessee Representative and the president of ’s Right to Know organization.

Denny helped thousands trace their biological families, many of whom were adopted out of the Memphis Children’s Home operated by baby stealer Georgia Tann.

In lieu of flowers, her children (Tony and Keith) have asked for donations to the American Adoption Congress.

11 Replies to “DENNY GLAD: ANOTHER LIGHT GOES OUT”