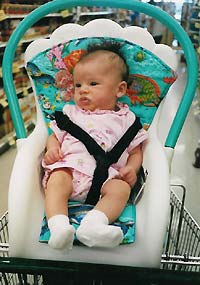 It has become quite clear over the last 5 years that cowardly legislators, do-gooder “child welfare” social engineers and apparatchiki, agendized circle jerks Right to Life (any chapter), Planned Parenthood (any chapter) , NARAL–now quaintly calling itself Pro-Choice America, assorted right wing nuts, lefties, policy hacks, and of course, our secrets-and-lies-for-your-own-good friends at the National Council for Adoption don’t know jack about adoption. They don’t give a rat’s ass about adopted persons, abandoned babies, birth and adoptive parents, adoptee rights, identity rights, father’s rights, ICWA, pre-and post-natal medical care and counseling for pregnant women and mothers, much less “best practice” in child welfare, or ethics, yet they overtly or covertly support safe haven bills. It’s a wonder these self-righteous blowhards could fit into the same rickety bed. The upside, of this unholy fornication though is that we now know they’re openly shacking up in their cheap hotel. Nobody has to be disillusioned that their pet anti-abort, “repro rights” or adoption “advocate” thinks they and their rights are anything but dog dirt. They drew the line.

Conversely, there is my friend Erik Smith and his innovative commonsense arguments against Safe Havens; arguments that sink these wanker cons, hand-wringing libs, and busybody religios like steerage on the Titanic.

When Erik first presented his arguments to me a couple years ago, it was one of those head-knocking “duh?” moments. Well, not quite. I had to think about them for awhile and integrate them into Bastard Theory. Bastardette wonders now why didn’t she think of them herself. Well, OK, I’m not the sharpest legal knife in the drawer, usually preferring the tumbrel…but the more I read Erik’s ideas and work, and talked hours with him about them (the 7-hour lunch at the Chinese buffet sticks in my mind), the more I became convinced that in this screw-the-adoptee-country that he has the correct and winneable arguments to overturn safe havens: public right and the separation of powers doctrine (at least in Ohio).

Erik does the impossible, shoving safe havens right out of the kitchee–koo adoption playpen and moving the laws into the legal procedures arena where they belong. He strips safe havens to the bare bone.

So, with no further ado, Bastardette highly recommends Erik’s two new short but sweet articles in which he deconstructs safe haven laws.

The Myth of the Right to Privacy As Justifying Anonymity in Safe Haven Law. It can also be found at adoption.about.com with a forum discussion.

The Government Helping to Hide Children from Fathers.” How Ohio’s “Safe Haven” Law Violates the Separation of Powers Doctrine.

And while you’re at it, take a look around his entire site: Ohio Family Law.net He’s got lots of other essays and published articles to turn AdoptionLand on its ear– where it belongs.