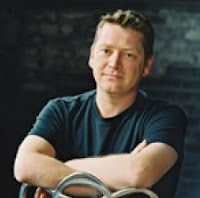 Await Your Reply
Dan Chaon (Ballantine)
Chaon was a National Book Award finalist for Among the Missing, and this gripping account of colliding fates, the shifty nature of identity in today’s wired world and the limits of family is easily as good, if not better. It’s a literary page-turner, a cunningly plotted and utterly unputdownable novel.

We’ve never had the pleasure of meeting Dan, though we’ve exchanged a small handful of emails over the last 15 years. He supports fully our rights.

Dan’s book, (adoptee fav) You Remind Me of Me, was named one of the best books of the year, by the Washington Post, Chicago Tribune, San Francisco Chronicle, Christian Science Monitor and Entertainment Weekly . He was the the recipient of the 2006 Academy Award in Literature from the American Academy of Arts and Letters.

One Reply to “CONGRATULATIONS DAN CHAON!”