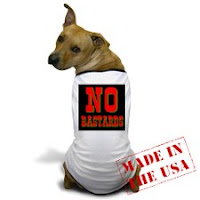 Adopted adults, especially since 9/11, have increasingly been denied passports, drivers licenses, pensions, Social Security benefits, professional certifications, and security clearances due to discrepancies on their fictive amended birth certificates produced by the state, and their inability to produce a true original birth certificate to respond to those discrepancies. Now, due to our lack of an OBC, we may not be allowed to run for president or vice president (or other offices) if some states have their way.

Currently, 11 state legislatures are looking at bills to force presidential/vp candidates to divvy up their birth certificates to prove citizenship and that they are who they say they are. If these measures pass, the birth certificate requirement will no doubt seep down to all elective offices from city council and county commission to state and federal legislatures and courts.

Although voters are already required to show proof of citizenship when they register to vote, I don’t think it’s beyond reason that more stringent requirements will be mandated; thus potentially disenfranchising millions of the country’s adopted adults due to lack of their “real” birth certificates. The highly unpopular Real ID,which about two dozen states have refused to implement. and other Draconian “security measures” are just the beginning of how Class Bastard will be disenfranchised as our OBCs continue to be sealed.

You will note that none of the pushers of these bills (and what may follow) ever gave a rat’s ass about fake birth certificates before the current president took office, nor have they considered how their pathological hatred and energetic persecution of Barack Obama affects Class Bastard. Or as their ilk prefers to think of us, cute, cuddly, and grateful abortion saves. These same politicians and their cronies back home, in fact, promote secret adoption through government generated fake (amended) birth certificates (for us), oppose OBC access (for us), and spend an inordinate amount of time fussing over what 6 million bastards will do with their own birth certificates they have a right to while they scheme obsessively to get their hands of one stranger’s birth certificate they have no right to.
Ironically–or should I say comically?–five legislatures where presidential birth certificate bills are pending, are also debating bad OBC access laws: Arizona, Connecticut, Indiana, Missouri, and Texas. In addition, Pennsylvania, reportedly up for a clean bill later this year, will also be debating a birther bill.
I thought it would be fun to post summaries of bad OBC bills with their birther bill counterparts.
COGNITIVE DISSONANCE 1

ARIZONA
OBC Bill SB 1595. Allows an adult adoptee to obtain a copy of his or her certified OBC if the adoptee provides the name of the biological mother, the adoptee’s date and place of birth, and the applicable fee.

Birther Bill HB 2544. Requires presidential/vp candidates to present an original long form birth certificate that includes date and place of birth, the names of the hospital and attending physician, and the signatures of witnesses in attendance.

CONNECTICUT
OBC Bill: HB 890. Prospective bill that authorizes those 21 and older, whose adoption are finalized on or after October 1, 2012, to receive their OBC. All other OBCs remain sealed except through court order or written consent of the natural parent(s).

Birther Bill: SB 391 An Act Concerning Qualifications to Appear as a Candidate for President or Vice-President on a Ballot in this State. Requires “that candidates for president and vice-president provide their original birth certificates in order to be placed on the ballot,and to show that the candidate “is a natural born United States citizen, prior to certifying that the candidate is qualified to appear on the ballot.” 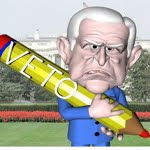 INDIANA
OBC Bill HB 469. Provides that beginning July 1, 2012, identifying adoption information may be released unless a “nonrelease form” (disclosure veto) is on file, regardless of when the adoption was filed. Retains vetoes for post-1994 adoptions already filed.

Birther Bill SB 114: Requires that a certified copy of each presidential and vice presidential nominee’s birth certificate, including any other documentation necessary to establish that the nominee meets the qualifications, accompany the state chairman’s certification. Provides that the election division may not certify the name of a nominee for president or vice president of the United States unless the election division has received a nominee’s certification and documentation.

Birther Bill: HB 283. Requires that certification for candidates “shall include proof of identity and proof of United States citizenship.” 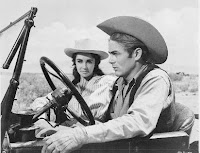 TEXAS:
OBC Bill: SB 287. Permits an adoptee to obtain a copy of his/her original birth certificate, without court order, if he/she can produce the names of both “birthparents.”

Birther Bill: HB 295. Requires candidates’ documentation of citizenship; adds to the state election code the provision: “The secretary of state may not certify the name of a candidate for president or vice-president unless the candidate has presented the candidate’s original birth certificate indicating that the person is a natural-born United States citizen.”

OBC bill: Reportedly a clean OBC bill will be introduced this year.
Birther Bill: In November, World Net Daily reported that Rep. Daryl Metcalfe planned to introduce legislation this session mandating documentation that presidential candidates meet the Constitution’s requirements for age, residency and being a “natural born citizen.” Metcalfe introduced similar legislation in 2008. While I usually do not consider WND a credible source of information, I’ll accept it based on Metcalfle’s history. The bill hasn’t been filed yet.
FEDERAL
Birther Bill. HR 1503. Requires the principal campaign committee of a candidate for election to the office of President to include with the committee’s statement of organization a copy of the candidate’s birth certificate and other related documents. Bill currently languishes untouched in the House Committee on House Administration. 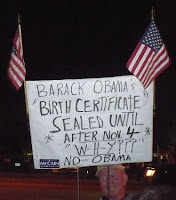 COGNITIVE DISSONANCE 2
I have twice written about birthers. (here and here). You can also read some of my tete-a-tete on uber birther Phil Berg’s forum. I’ve written on other forums and blogs, but didn’t save my comments.
When I respond to birthers, I always tell them (even if I don’t mean it) that I’d be more impressed with their claim on Obama’s birth certificate if they demanded the same “right” for us as they claim for themselves. I remind them (to no avail) that we have a right to our own birth certificates; they don’t have a right to somebody else’s. From that, I’ve gotten only two responses. One writer admitted that she was aware of the sealed OBC problem and thought it should be fixed (somehow). The other acknowledged that an adopted presidential candidate with a sealed OBC would be an “interesting” problem. Oh, and another suggested that if birthers could get Obama’s birth certificate, then we no doubt could get ours.
This is the bottom line for Class Bastard in the coming months and years: the government rejects the fake birth certificate that it created for us and demands we present the original, non-faked birth certificate it created for us previously, which this same government won’t let us have. It’s sort of the Catch-22 an adoptee I know found herself in when her request for the OBC was rejected in Virgina: you gave up your right to that birth certificate when you agreed to be adopted. 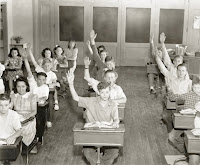 This documentary absurdity with the current spate of birther bills running counterpoint to bad OBC bills in state legislatures should be hammered to our advantage. Some legislators might even do irony. And do they really want to pass a bad OBC bill which could result in a political colleague being forced to ask his or her mother’s “permission” to run for office?
Use this cheat sheet when working on clean bills and fighting bad bills. If you’re fighting birther bills, feel free to use as well! Tell your leggies that Bastards under the current sealed records system, have not only lost the right to their own birth records but are in the process of losing their right to run for public office, travel freely, work in their chosen professions, and retire. At some point, we may even be barred from voting. Your leggies have only to look as far as their own statehouse to see what’s going on.
Thanks to Justin Mitchell Bennett for tipping us to this!