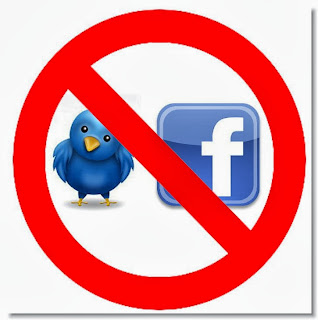 Whoever runs the Children and Families First 2013 (CHIFF ) Twitter account has blocked  Bastardette from following their  tweets..  Earlier I and an array of adoptee right advocates and adoption reformers were blocked from posting on the CHIFF FB page when one-by-one we posted  simple polite statements that we opposed the bill and, were working to defeat it.  (Read about CHIFF here.  I still need to write my own analysis.)

To be honest, I’ve barely looked at the CHIFF Twitter feed.  Seeing today that it was not on my “follow” list (I thought I’d perhaps  neglected to add it) I hit the button and got the following message:

You have been blocked from following account at the request of the user.

So, the  PTB at CHIFF have banned the Executive Chair of Bastard Nation, the largest adoptee civil rights organization in North America from following their nefarious 140-character conspiracy tweets  on how to “improve” adoption and increase the foreigh-born adopted class in the United States. Call Alex Jones! Who knew I was such a threat?   It’s not like they’re cozily tweeting post-colonial theory in the wee hours of the night..

Of course, it’s all theater.  We can just go to the CHIFF Twitter  feed and FB propaganda. page  at our leisure without following or posting comments,  I guess CHIFF, in its patriarchal  bullish way thought it was sending me a message. Don’t mess with Big Adoption.  Sorta like the the Capodroids busting Claude D’Arcy for using a Maurice Sendak picture for her banner on Musings of the Lame.. Is this suppose to hurt our unworthy feelings and shove us back in the bastard closet? I wish they’d follow The Daily Bastardette.  I could give them some good tips on local taco trucks.or pictures of my cats. 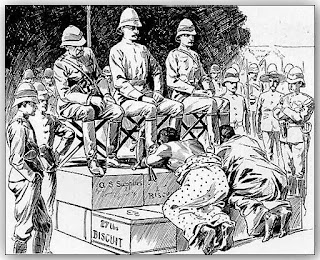 Whatever, I  feel so empowered.  As the Dirty Harry of AdoptionLand, I apparently can wreak havoc on::

American Academy of Adoption Attorneys
Both Ends Burning
Center for Adoption Policy
Child Advocacy Program at Harvard Law School
Christian Alliance for Orphans
Congressional Coalition on Adoption Institute
EACH
Joint Council on International Children’s Services
Kidsave International
National Council For Adoption
Saddleback Church
******
Of course CHIFF has every right to keep their dog box from being dirtied, and it’s actually good politics on their part.  You can’t let the rabble in, Look united and don’t let anybody know you’re in a fight.  But CHIFF’s  petty Twitter block tells a lot  about  their disregard  for adoptees., the class that they bleed their hearts for. The class they want to spend billions of expropriated tax money on.   The class that athey want to shut up. We’re just not cute any more.

We are adoption.  You’re not.

Unlike cowering and cosseted  adopta-moneybag$ , political hacks and pussies, Bastard Nation and The Daily Bastardette  don’t block anyone outside of spammers  (who we don’t  define as someone with an opposing view) and stalkers. Oh, that’s right Bastards are stalkers, aren’t we?  See,  CHIFF, it’s called  free speech, something you and your gang of adoptacrats and adoptapols abhor.  It’s messy and uncontrollable. Like adoption openness and records access.


Thank you, CHIFF for making  your bastardphobia public  You look like a gang of PC liberals.
******
While I’m on the subject of CHIFF, the other day Pound Pup Legacy called out  Congressional Coalition for Adoption Institutes’s director Kathleen Strottman in a public (and private) letter addressing CCAI’s  involvement in CHIFF’s Working Group Executive Committee:

In our defense, our critique never made the claim your organization lobbies for an individual piece of legislation. CCAI is registered as a 501(c)3, and as such no substantial part of your activities would be directed towards an attempt to influence legislation. Moreover, we learned, based on the 990s filed with the IRS, you don’t spend any money on lobbying activities at all.Truth be told, after some investigation, we realized it wouldn’t even make logical sense to say CCAI engages in lobbying!

In fact, your organization doesn’t have to. With 143 Members of Congress endorsing CCAI, and an advisory board containing four senators and four representatives of the United States Congress, you don’t need to engage in lobbying. Your (board) members will do so on personal title, for you… < Bastarrds Bastard Makers and Bastard Adopteres take notice:  unless you’re on the same static wave length as the US Adoption Chrisitan Industrial Complex we don’t want to hear from you. For form’s sake you’d think they’d at least give lip service to those whom they seem to think are their constituency.,..

TWITTER:   Twitter fried my account and I was forced to start a new one.  Besides tweeting The Daily Bastardette I tweet  (and retweet) about adoption issues, civil rights, freedom of the press,  the corporate state,  Depeche Mode,  literature and books, plus some local stuff.  I retweet generously.  Join me there! Daily Bastardette @DBastardette.

2 Replies to “CHIFF Blocks Bastardette from Following Its Twitter Feed”