Organized by the Alliance for the Study of Adoption, Identity, and Kinship

Is adoption today remaking the face of the family? Is it redefining parenthood? How can literary critics, philosophers,anthropologists, historians, sociologists, legal scholars, political scientists, culture studies scholars, and others give perspectives to current adoption issues such as identity, esp. transracial and transnational, family, socioeonomic and/or international inequalities, openness, kinship, loss, and commodification?

Keynote speakers will be: 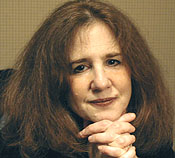 Emily Prager, author of Wuhu Diary: On Taking my Adopted Daughter Back to Her Hometown in China; 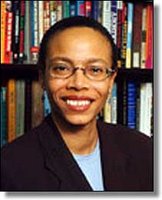 Dorothy Roberts, Professor of Law at Northwestern University, author of Killing the Black Body: Race, Reproduction, and the Meaning of Liberty and Shattered Bonds: the Color of Child Welfare.

Co-sponsors to date include Arts and Sciences, the Department of English, the School of Law, the Cultural Studies Program, and the Creative Writing Program at the University of Pittsburgh, Faculty of Arts of the University of Alberta, and the Barcelona Institute for the Child in the Urban World.

200-word proposals for papers, with a brief cv., by March 1, to Marianne Novy ([email protected]).

We would also be interested in creative work. Send samples of poems, memoirs, etc. (less than 10 pages) to the same address.

NOTE FROM BASTARDETTE: Bastardette is a long-time member of ASAIK and presented Where We Came From: The Natural Mother in Adoption Film at its first conference at the University of Tampa, November 2005. ASAIK is the the only organization that I know that really GETS adoption! I’ve learned more about adoption from George Eliot and Edward Albee that I have from activism–or my own experience. If it sounds a little too academic to you, don’t worry! It’s very accessible and attendance and membership is not limited to academics.

Unfortunately, ASAIK has no webpage, but as the conference grows nearer there will probably be something. I’ll keep you informed in the meantime. Here’s the 2005 conference page to give you an idea of what was offered

This is one event worth waiting for!