Our June 23, 2005 testimony submitted to the Assembly Judiciary Committee detailed our objections to the SSBA and SB 116. SB 116 repealed the sunset provision of the original SSBA (SB 1368).

Because infants surrendered under SSBA are expected to be placed for adoption, Bastard Nation’s objections to AB 1873 focus on how the amended SSBA will effect the civil rights of adoptees. Expanding SSBA erodes adoptee civil rights by increasing the number of anonymous children available for adoption through unethical and unprofessional practices. SSBA also disenfranchises natural parents, encourages unethical behavior, and hides crime. 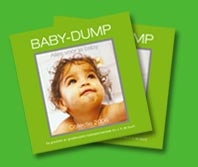 (1) AB 1873 erodes adoptee civil rights by increasing the number of anonymous children available for adoption through unethical and unprofessional practices.

The SSBA establishes parallel child welfare systems, where one system opposes the long-standing principles of the other. Those long-standing principles are informed consent and a full record of identifying information and social and medical histories. SSBA eliminates adoptees’ rights to identity by denying their access to original birth and heritage records. Safe haven laws were enacted right after Oregon and Alabama restored adopted adults’ right to their original records. That was no coincidence. The National Council for Adoption (NCFA), a longtime opponent of adoptee civil rights, admitted that when they argued that only through anonymous abandonment can courts maintain parental privacy–though adoption proceedings are already closed and confidential.

SSBA denies parents–particularly non-surrendering parents–their right to due process by eliminating their ability to locate the dependency proceeding to which they are a party. SSBA contravenes the family reunification guidelines of the federal Adoption and Safe Families Act. SSBA replaces professional best practice standards with unprofessional and unethical “non-bureaucratic placement” by letting parents abandon solely for convenience or out of ignorance. The law preys on parents who honestly believe they are surrendering their child for adoption instead of providing evidence to be used in a dependency hearing at which they have a right and duty to appear. The law encourages parents literally to default at their hearings. The supporters call that “proper” and “courageous.”

Expanding the abandonment time to 30 days increases those bad practices and endangers ethical child welfare standards in California. By encouraging identity erasure, parental ignorance, irresponsibility, and secrecy, and by refuting the due process rights of parents, SSBA endangers the integrity and safety of all families–not just those at risk for unsafe abandonment. SSBA advocate, Dr. William Pierce, wrote on the Internet newsgroup alt.adoption that he hoped legalized newborn abandonment would be the first step to legalizing anonymous abandonment of older children because adoption surrender procedures were too “difficult” for some parents. That the original AB 1873 expanded the legal abandonment age to one year shows that legislating anonymous dumping at any age is not far-fetched. AB 1873 encourages future increases in abandonment timelines while trivializing abandonment as just another consumer choice.

The SSBA has neither decreased unsafe abandonment nor saved lives. A 2005 survey of county coroners found that the number of newborns dying from abandonment and neglect since 2001 remained at 13-15 per year.

The state promotes SSBA as an easy solution for mothers so desperate that unless they can abandon their newborns anonymously the mothers will kill the children. Newspaper reports and an L.A. County study show otherwise.

Safely Surrendered and Abandoned Infants in Los Angles County–2002, a study published by ICAN, identified SSBA-protected parents as poor, overwhelmed, and ignorant of child welfare practice. Some parents appeared to be undocumented workers, leery of professional assistance. News accounts of SSBA surrenders included stories of clean, immaculately dressed newborns with stuffed animals, baby blankets, and notes to doctors, left at ERs. Newspapers have also reported about hospital officials encouraging identified, confined mothers to leave their newborns at the hospital when they are later discharged. Legal or not, that corrupts the SSBA’s intent to target overwhelmed parents.

That SSBA and similar laws are open to further abuses is shown by the Twyana Davis case in Ohio. Davis, an adult, conceived a child with her 12-year old cousin. Davis recklessly abandoned the newborn. After years of supporting safe haven laws, Davis admitted the father’s identity and age, and is under investigation for statutory rape. SSBA proponents would have Davis legally abandon the baby anonymously and then call her a hero. The government is essentially offering parents who have committed, or are contemplating, crimes a cover up.

Abuses are not the exception. In several cases the parent has communicated to the safe haven recipient that they were surrendering the child anonymously out of love or because they lacked resources. Those parents did not feel homicidal, but simply wanted a quick or secret adoption. Temporary and permanent surrender options have existed for decades and are used by thousands of new parents every year. We have welfare and other programs through children’s services that new parents can use when they lack funds or support.

Proponents and advertisers of SSBA have convinced parents they have only two options: The Dumpster or the SSBA. The responsible alternatives to baby dumping are not mentioned: counseling, public assistance, temporary surrender, permanent surrender for adoption, and family communication. That omission keeps new and potential parents ignorant of real solutions.
No law is valid because it might “save a life.” Otherwise, we would not have our Bill of Rights. We do not let the police pull drivers over randomly and give them Breathalyzer tests because “it might save a life.” We do not outlaw guns because it might “save a life.” The state shouldn’t help parents hide children from each other because it might save a life either.