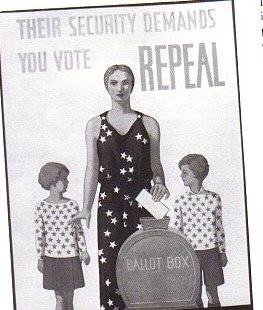 Bastard Nation submitted testimony to the Nebraska Judiciary Committee for inclusion in yesterday’s hearing. It’s is rather long, so instead of posting it all here, I am posting a portion of it The entire testimony can be found here. I hope to have it on the BN site soon.

REPEAL IS THE ONLY SOLUTION TO LB 157
Bastard Nation calls for the immediate repeal of LB 157. We oppose LB 1 and LB 3 and any other bill that continues the “safe haven” concept of legal abandonment in the State of Nebraska.

THE NORMALCY OF CHILD ABANDONMENT
BN was the first organization to condemn “legalized” baby dumping as a public policy solution for newborn abandonment and neonaticide. We, along with many others in adoption reform, were initially incredulous that in the late 20th century baby abandonment would be promoted by the government. But with the 1999 passage of the Texas Baby Moses Law, and the interest evoked in other states for similar measures, we saw that the US was taking a backward turn in child welfare, which had struggled over the last 100 years to build a child-centered environment of rights, responsibility and education. Child abandonment, a heinous crime throughout history, was suddenly affirmed and approved by the government as long as abandonment was done within the rules—or close to it.

These laws represent a radical change in child welfare policy toward promoting rather than discouraging abandonment. These laws also run counter to the spirit, and perhaps the letter of many statutes and initiatives such as relinquishment revocation periods, and putative birth father registries, that empower all parties involved in a child’s life to make informed choice regarding the child’s best interest. The anonymity built into these laws open up the door to the potential abuse, fraud, and the worst excesses of the past when abandonment was the norm.

We warned that once this policy became institutionalized, it would become normalized.

By the end of 2003, 45 states, caught up in a moral panic over the so-called epidemic of neonaticides and newborn abandonment in the US, had passed “safe haven” laws which they claimed would staunch the flow of both. Some saw “safe haven” as a way to decrease abortion. The dangerous and even life-threatening, message was it’s OK to carry out a secret pregnancy, give secret birth, and then drop the baby off anonymously to a secret “safe haven,” and nobody has to know. No shame. No blame. No name. Or as one “safe haven” organization now advertises: No cost. No parents. No cops.”

The fact is there was and is no epidemic. The “panic” was constructed by special interests and their high paid lobbyists, playing on emotions, who devised baby dump laws as a way to circumvent traditional adoption practice and hinder progressive reform movements such as original birth certificate access and identity rights for adopted persons, putative fathers rights, and the Indian Child Welfare Act (ICWA) which gives tribes, in many instances, rights over Indian children placed for adoption. They were joined by well-intentioned amateur groups, inexperienced in adoption and child welfare history, practice and politics who mostly genuinely believed the myth of rampant newborn abandonment.

Legislatures, looking for a quick fix to a perceived problem, passed bills with little or no concern for the lifelong consequences of government encouraged and facilitated infant abandonment to the people directly involved, public policy and the public good in general. Those who dissented from the perceived wisdom of “safe havens,” especially adoptees whose ranks would be increased by the addition of drive-by, no-questions-asked “relinquishments,” were particularly held up to scorn. They were labeled ungrateful, disturbed, and even baby killers for standing up for the right of potential and future adoptees to their identities and histories and dignity.

In the last few years, baby dumping, encouraged by the government, has become “just another option,” for parents who might otherwise seek out services that would assist them to keep their children, place them in temporary fostercare while they worked out their problems, or place them for adoption in a traditional informed process. Baby dumping. they are told, is easier.

In some states, the age of children eligible for dumping has edged up and drop-off sites have increased to make the process more “convenient” How-to-abandon your baby units are mandated in the curriculum of several states. There has been a steady increase in “drive-by relinquishments” by parents who have no intention of ever harming their children, but are looking for an easy way out or simply don’t know better, while the rate of dangerous discard and neonaticide remain the same. A 2005 survey of county coroners, through public records requests by the adoption reform group California Open found that the number of newborns dying from abandonment and neglect since 2001 in that state remained at 13-15 per year despite the state’s Safely Surrender Baby Act. The causes of newborn abandonment and neonaticide—social isolation, denial of pregnancy, substance abuse, poverty, and untreated mental illness remain untouched.

Child abandonment at any age is never a solution. It only makes the problem and pathology worse and carries lifelong consequence for all party’s involved. The question of what to do with Nebraska’s current broken services, including mental health treatment for adolescents and their families, deserves intense study and careful consideration. A special 7-day session of the Unicam, is not the place to do that. Any attempt to fix this mess before Thanksgiving is dangerous and pokes a stick in the already festering wounds of the families who have used LB 157 as a sad last-ditch solution. By all means, repeal LB 157, but don’t replace it with something worse.

It is essential that child abandonment be decoupled from family assistance. The first effort of the Unicam this week should be to lift the onus of legalized baby dumping in the state, and to return Nebraska to its pre-LB 157 ethical place. Once that is accomplished, the legislature can concentrate on the real problem at hand: delivery of services to families, children, and pregnant women in crisis. Abandonment should not be an option.

The remainder of this testimony will focus on why the Unicam should repeal LB 157 and reject government supported child dumping and replacement bills which facilitate the practice. We will refer to LB 1 and LB 3 in places, but our objections extend to any other baby dumping bill that may be introduced here, and to any baby dumping law currently in effect in the country.