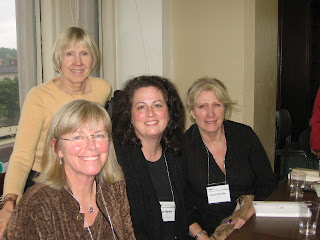 The ASAIK conference (Association for the Study of Adoption, Kinship, and Identity) is Bastardette’s absolutely favorite adoption conference! The event 2 years ago in Tampa was fun (yes academics can be–and do–have fun!) and crucial to my understanding of the warp and woof of adoption politics beyond hum-drum “activism.” Literature, art, rhetorical constructions, history, cultural studies, and philosophy give an authentic voice to adoption’s actors. They expose the profound problems of identity loss, state-built identity, psychological repression, and otherness–illogics that go far beyond adoption industry manipulation and power politics, and into the very heart of what makes adoption absurd. Daniel Deronda is not far removed from sealed records. “How could you choose my birthright for me?”

Today’s first session, “Memoirs, Classic and New,” was a bang-up with authors Lorraine Dusky, Jean Strauss, Carol Schaefer and Emily Hipchen discussing their adoption experience, the process of memoir writing, and reading excerpts from their books. BJ Lifton, unfortunately could not make it due to illness.

All of the panelists pointed out that they were writing about a subject that until recently was supposed to be stuffed away in the back closet like an ugly cloth coat and not discussed in good company: the personal adoption experience. Especially if it doesn’t conform to the the standards of The Happy Family Child Redistribution Center

Birthmother Dusky remembered that the reaction to her 1979 memoir Birthmark was “how dare she?” Although she was an established journalist, and editor, MSM refused to publicize the book. 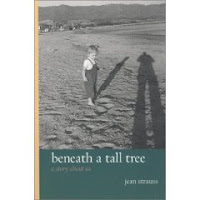 Adoptee Jean Strauss, also an established author and script writer, ended up self- publishing her memoir Beneath a Tall Tree after years of being told the topic was too controversial. “20 years ago you were not supposed to think about where you came from.” She reflects that adoption loss is a universal loss to which those who have lost loved ones in other ways can connect. 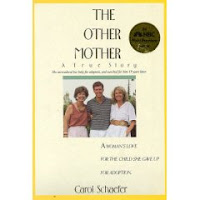 Birthmother Carol Schaefer, believes that books are a journey and “the way to heal is through memory.” She, too, was an established writer, but her journey into healing, The Other Mother, published in 2001 (later turned into a film) began as a handwritten journal of memory after being reunited with her son. During early literary networking efforts she was discouraged from finishing the project: the book would never be published, you’ll never hear back from an agent; the check will never arrive in the mail.

Adoptee Emily Hipchen also started her memoir, Coming Apart Together: Fragments from an Adoption, as a secret handwritten journal she kept hidden in her office. Like Schaefer, she believes that the handwritten word lets the writer “own” the story without interference from others.

After near proscription, the adoption memoir has boomed over the last few years. Unfortunately, a lot of them are bad. Bastardette has tried to read them so you don’t have to. But Dusky, Strauss, Schaefer, and Hipchen’s are some of the best adoption memoirists you will ever read. They combine riveting personal narrative with uncompromising arguments against itheft of identity via adoption. I also recommend highly Craig Hickman’s stunning memoir, Fumbling Towards Divinity: the Adoption Scriptures about growing up adopted, queer, and black…and so much more. Craig is here and will be on tomorrow’s “Men Write Adoption Memoir” panel.

I’ll try to write more about ASAIK presentations over the next few days.

NOTE: All of the books mentioned here are available on amazon.com. I attempted to link them and blogger threw a hissy.

6 Replies to “ASAIK: ADOPTION MEMOIRISTS– "HOW COULD YOU CHOOSE MY BIRTHRIGHT FOR ME?"”