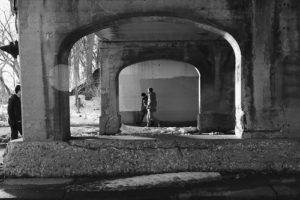 Arizona adoptees are now officially under the bridge.

On June 29, Governor Doug Doucey signed SB 1831, the reboot of HB2070, the bill that he blanket vetoed along with 21 others on May 23. That bill started clean, was deformed by lawmakers with the approval and support of so-called adoptee advocates, to restrict OBC access for Arizona-born adoptees born between 1968 and December 31, 2021. Doucey didn’t object to the bill personally.  In fact, he liked it. But the blanket veto was his way to strong-arm the Arizona Legislature to send him a state budget bill, which for some reason they hadn’t gotten around to doing before adjournment. No budget. No sign-offs.

We hoped that was the end of it, at least for this session, but like rust, adopteephobia never sleeps.

The legislature was called back into session until June 30 to fix the budget, but apparently, screwing the state’s adoptees was so important that politicians had to pick up where the governor left off, They resurrected HB2070 under the new number SB1831 and its identical twin HB2921.

The House reboot was filed on June 7 and the Senate twin on June 10, the latter by no other than the President of the Senate Karen Fann. From there it raced downhill. 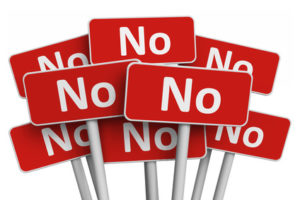 Voting and protest concept: Set of red No signs isolated on white background

On June 24, the Arizona Senate, despite the joint letter sent to both houses by 38 national, state, and local organizations and over 200 adoptees, many from Arizona, telling lawmakers that their measure was not acceptable—“WE DO NOT WANT THIS BILL- passed the bill 17-13, We picked up a couple of supporters along the way, though,not enough to change the outcome.

The following day, the House passed it 49-7. Four members didn’t even bother to vote.

The bills from the beginning were pimped by the fake adoptee advocacy group Arizona Heritage (HA!)  headed by adoptee-not-born-in Arizona-no-skin-in-the-game Britany Luna, MSW. The group went silent in public after the fix was in. Its Facebook page is now private, secret, or dead. Even more interesting the HA website hasn’t hype-hype horrayed their “victory!” The politically influential right-wing anti-abortion (and anti-queer) “traditional family values” crowd at the Center for Arizona Policy (CAP)  joined them in their adopteephobic scheme. CAP is funded in large part by the  National Christian Charitable Foundation, an organization funded with money from Hobby Lobby.

Call me dense, but I don’t get why the Center backed this bill. Abortion can’t even be an issue here. The 1968-2021 adoptees (and their “terrified birthparents”)  affected are already born (or will be soon), so nobody will be “saved from the abortitorium” out of fear of birthparent exposure. The bio parents of those born as of January 1,  2021, won’t enjoy that “protection.”  According to the CAP website, it supported SB1831 because it insures

that birth mothers’ requests to remain confidential are protected in a new measure, allowing adopted adult individuals to obtain a copy of their original birth certificate for personal and medical reasons

Well, not it doesn’t!  Did CAP actually read the bill?

Those born, starting January 1, 2022, will have unrestricted access to their OBCs for the asking—but not until 2040! How does SB1831, then, prop up its forced-birth agenda?  What deal was made in those smoke-filled rooms?

Oh did I mention that the bill came with a $5 million fiscal note?  For what? No other state has needed much money (if any) –and, in fact, they’ve made money from their new adoptee clientele

To add insult to injury, the sponsor of the original HB2070, Rep. Bret Roberts, a former Maricopa County Jail guard, decided to weigh in on Twitter last weekend.. He implied that all of us– Arizona adoptees and the 38 adoptee rights, adoption reform, and child welfare organizations who objected to the bill–are stupid. We apparently don’t understand our own narratives and circumstances, politics, and what’s best for us. We’re just a bunch of whiney complainers late to the dance.

I continue to have problems with screenshots, so here is a cut and paste from that “dialogue” between Greg Luce director of the Adoptee Rights Law Center and Bastard Master Roberts: 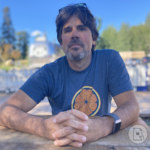 I’m sorry you cannot recognize our work as part of a national and international movement. You’ve talked with us, and we’ve worked directly with Arizona adoptees. That you see such advocacy now as “complaining” certainly puts your position on adoptee rights into context. 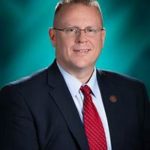 Receipts? For what? Emails? Where were you in committee meetings? giving testimony? pleading your case & helping get it done…in person? Instead if complaining from afar? I’ve never met any of you in person for the past three years.

Let’s be honest. This bill was engineered and passed at the direction of @azpolicy, a conservative anti-abortion think tank. And the so-called Arizona “stakeholders” (who are not impacted by the bill) sadly went along with it.

Wrong, they both live in AZ and one of them is an adoptee. As already stated. What you would prefer was attempted the prior session and failed. This is what could be accomplished. Now answer my question. Why would you want to prevent those that can from doing so?

It’s a sad day for Arizona-born adoptees and for national adoptee rights as the AZ legislature has passed SB1831, dividing adopted people into arbitrary classes, with those born between 1968 and 2022 getting nothing but stale holes. cc: Michigan adoptees

Note to Bret: Don’t expect the Class Bastard vote when re-election comes around.  Anybody But Bret!

Ironically, Arizona decided to go reactionary at the same time that Connecticut restored the right of all its adoptees to obtain their Original Birth Certificates without impediment (July 1, 2021), and Massachusetts is on its way to finally closing up its black hole, which is nearly identical to the one that Arizona just codified and deepened. 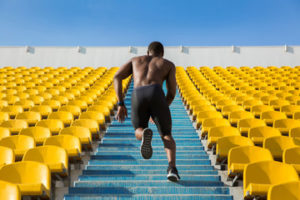 At this point in the game, Arizona has proven to be the most reactionary state in the country regarding adoptee rights and adoption reform. Shame on the legislature. Shame on the busybody Center for Arizona Policy. And everlasting shame on Heritage Arizona, which doesn’t give a shit about Arizona adoptees who they exploited so they could get their name on a bill–or something.  Two generations of adoptees are stuffed down the hole. No one will forget this. Waiting –not waiting–for your explanation, HA!

And if you hear of an “adoptee rights group” that supports this travesty–RUN!