I’ve been falling down on the job again. I’ll have a major blog up (hopefully today, but I’m not sure) and get back in the saddle again, as Gene Autry once sang.

In the meantime, I suggest you check out Baby Love Child’s new entry, Unsafe haven: Dead baby found inside hospital, “about 100 feet” from the hospital’s dumpbox:

For those who insist a “safe haven” babydump box in every hospital would ensure their mythical ‘no dead babies,’ think again.

Glendale, AZ, where a 15 year old gave birth in the hospital bathroom, leaving a baby boy in the bathroom trash can, “about 100 feet from a Safe Haven” dumpbox.

Then, from the news story itself:

Glendale police are investigating a baby found dead in a hospital, allegedly in a trash can. The baby was found on Saturday in the emergency room at Banner Thunderbird Hospital, only about 100 feet from a Safe Haven drop-off location. A teen went to the emergency room with her mother complaining of stomach and back pains.

BLC has visited the Banner Thunderbird Hospital and posts her personal pictures of the dumpbox on her blog.

Also check out the bizarre but important propaganda video that accompanies the news story, linked in BLC’s entry.

Watch Kimberly Marshall, who is not a physician as labeled in the news report , but the RN who manages the hospital’s Pediatric Ed Clinic, demonstrate how to lickety-split dump an anonymous baby into the hospital deposit box. Listen to Marshall, lecture mindlessly that the tragedy could have been avoided if the 15-year old mom had dropped the baby into the dump box. Instead of…what? She was at the freaking ER with her mother for Pete’s sake!

Apparently in MarshallWorld, this is how the affair should have played out:

Teen in labor, who may be in deep denial she’s pregnant, goes to the ER, accompanied by mother, for treatment of severe stomach pain. Gives “surprise” birth in bathroom while waiting to see doctor. Walks out bloody, with bloody (dead?) baby wrapped in toilet paper, unnoticed by her mother and others, deposits package in nearby dumpbox, and goes home, miraculously free of pain. 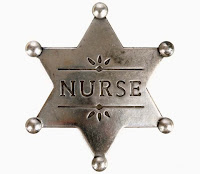 Ignored by the press, at least in this specific report, is the fact is Kimberly Marshall is the head of the Arizona Safe Baby Haven Coalition pimping tragedy to pimp her agenda. (See above link to her name for more background)

Yesterday, a similar case (sans the dumpbox) was reported in Warner Robbins, Georgia, though no suspect has been questioned yet.

In 2008. Genny Grandanos, waiting to see a doctor for treatment of stomach pains, gave birth in the lobby restroom at Memorial Hermann Southwest Hospital in Houston, Texas and left the baby in a trash bin

Several years ago a Michigan teen also delivered and dumped in an ER. (I don’t have time to check the reference right now.)

There may be more.