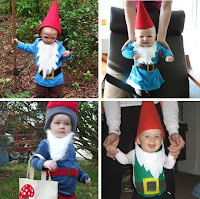 On February  8 a newborn was discovered in the front yard of a home on Kathleen Street in Phoenix.  Baby Kathleen (yes they named her that!) was transported to the hospital and seems to be all right. Neighbors reported seeing a young pregnant woman in the area shortly before the discovery:

Witnesses from the area told detectives they saw a young woman walking around the neighborhood and at a nearby elementary school. She was described as “very pregnant” and appeared to be in “distress.”

She is described as: Hispanic female, 17 to 24 years old, 5’3″, slender, dark hair in a ponytail, white spaghetti strap shirt, blue or gray pants, with a noticeable tattoo on her right bicep area that could possibly be a red floral design.

Actually yard babies are fairly common, though they tend to be found in backyards.  I”ll leave the logistics of this pop and drop to the authorities.

Comments on the story are typical, ranging from complaints about anchor babies (how abandoning an anchor baby helps a parent isn’t addressed) to “at least shed didn’t throw it in a dumpster” appear at the bottom of the story.

And then there’s this, the most blatant pitch for a baybee I’ve seen in my 12 years of covering discarded infants.  It’s not uncommon to find such sentiments. But “Peter” takes it to a new level of entitlement–especially for supposedly educated “respectable” people. who should know that no one, no matter how “respectable”  and doctorly just can’t pick up a baby for Valentine’s Day.

My wife and I have been trying to have a child for more than 5 years. We would love to give that child a home. My wife is a respectable physician and I am a nursing student. It would be the best Valentines gift for my wife.  Don’t put her up for adoption think of us first.
We want a baby and we want it now.