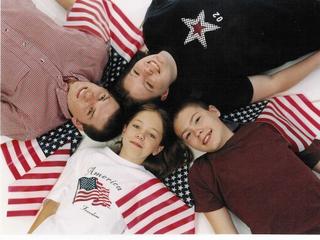 Back on May 5, a strange press release popped on to Bastardette’s screen: “In Russia Anti-Adoption Forces Exploit Child’s Death to Demand Halt in International Adoptions, Says National Council for Adoption. The missive was sent out by Lee Allen, NCFA’s latest press flack, publicizing a letter sent by NCFA CEO Tom Atwood to his then new best friend Russian President Vladimir Putin whom he had met just weeks before to discuss US-Russian adoption “problems.”

Members of the Duma, you see, were getting real short tempered over reports of American adopters taking little Russians out of the country and promptly killing them when they got back home. The latest straw was the conviction earlier that week of Erma Pavlis sentenced to 12 years for beating to death her newly adopted Russian son Alex. (born Alex Geiko). The imaginative Mrs. Pavlis, in a move worthy of a Beltway Bozo, attempted to pass the buck and blame Alex’s orphanage and the Russian government for the unfortunate incident–not exactly something to endear her and US adoptive parents and paps to the Duma not to mention her jury. 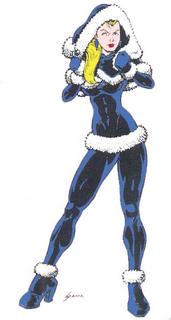 According to the NCFA press release, Duma Member Yekaterina Lakhova had teamed up with former Russian Prime Minister Yevgeny Primakov and General Prosecutor Vladimir Ustinov “to oppose adoption.” Chanting the now familiar neocon sing-along of “humanitarian intervention,” NCFA, in muted red-baiting tones accused the Lakhova cell of stirring up mean-spirited nationalistic anti-American sentiments to stop Americans from rescuing little Russians from Dom Rebyonka No. 37 in some hellhole in the Urals.

In a letter to President George W. Bush dated the same day as the press release, NCFA reiterated the claim and requested that Bush, scheduled to meet with Putin soon, encourage the Russian president to “take a strong, public stand for domestic and international adoption and against efforts to shut down international adoption.” NCFA especially bristled at an “anti-adoption” Russian-proposed bi-lateral agreement that would permit Russian authorities to track and investigate crimes against Russian children adopted in the US saying that Russian interference would “severely cripple or halt altogether the adoption of Russian-born children by American families.”

Translation: Official Russian interest in its exported/ex-pat children would have a “chilling effect” on adoption– you know, that same “chilling effect” that adult adoptee identity and birth certificate access, natural fathers’ rights, queer adoption, and open adoption have on the sanctity, secrecy, and moral propriety of NCFA-style adoption. From the way these guys talk you’d think adoption in the US has gone the way of the buggy whip. Well, for these dinosaurs maybe it has.

Since May things have gotten worse. Over the Fourth of July holiday, Peggy Sue Hilt allegedly beat and kicked to death her adopted Russian daughter Nina (born Viktoria Bazhenova). A month later, Samuel and Donna Merryman were charged with murder in the January 2005 starvation death of their adopted Russian son Dennis (born Dennis Uritsky). In early October Renee Polreis, convicted in 1997 of the beating death of her adopted Russian son David Polreis, Jr. was granted parole after serving only 8 years of a 22 year sentence (later reduced to 18 years). While these cases gained scant attention in the US papers, the Russian press was all over them–and Russians were not amused.

NCFA, rightly condemned the deaths of Alex Pavlis and Nina Hilt. No statement has been located on the Merryman case. But then, flopping a couple of red herrings at the press and public in what NCFA called “changing the terms of the debate,” it recommended quick implementation of the Hague Convention on Intercountry Adoption by both countries, tighter scrutiny of US paps, as well as an immediate end to independent adoptions in Russia as a way to “prevent future tragedies” and keep the flow of white look-like-me children moving westward. 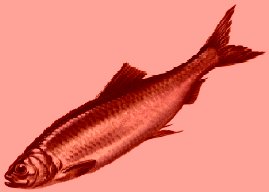 Implementation of any or all of these measures, however, would not have had and will not have a measurable impact on entrenched, unregulated, unethical, lazy US adoption practice that for years has HUMVEEd over the rights, lives, and bank accounts of adopted persons and their natural and adoptive parents. NCFA, in its plea for continued trade, failed to explain how Hague implementation would stop unfit paps with glowing home studies (some coming from NCFA member agencies), from adopting and harming international adoptees. And out of the 12 known cases of dead Russian adoptees, only one child, Alex Pavlis, had been adopted independently without agency implementation. You’d think NCFA would have checked the facts before opening its fat trap. (Agency involvement in the adoptions of Jessica Hagmann and Dennis Merrryman are unknown at this time.)

Usually money talks and bullshit walks. But in the case of international adoption–especially Russian adoption–bullshit and money go together like a horse and carriage (and NCFA’s buggy whip).

According to NCFA’s letter to Bush, since 1991, Americans have adopted more than 43,000 Russian children–over 5000 alone in 2004. What kind of money does that convert to? Plenty. In the NCFA Factbook 3 (1999) editor Connaught Marshner (formerly with The Young Americans for Freedom, The John Birch Society, The Heritage Foundation, the Free Congress Foundation, and a member of the murky far right wingnutty Council for National Policy) calculated the cost of an international adoption from $13,440-$38,640. Very very conservatively speaking that’s a minimum of around $577,929 million spent on Russian adoptions since the fall of the Soviet Union–and close to $67,200 million since last year! Yowzza!!! Bastardette is obviously in the wrong business. And so are you!

At the annual NCFA conference earlier this year, speakers were quite clear that international adoption is a benevolent American burden–like democracy and fundamentalist Christianity. What numbskull could possibly object to child saving? International adoption we were told is “not profitable”(we’ll go with that just for fun!) and somehow props up domestic adoption. If international adoption falls, domestic adoption will die. How this would happen or why this would be bad wasn’t explained. One can guess, though, that the “death of adoption” would severely cramp the lifestyles of certain self-styled adoption ‘professionals” in and out of NCFA, and perhaps more tiresomely, force them to leave the confines of their gated homes to ramp up their efforts to shame the local WASPy class into tossing their own flesh and blood into the adoption spammer for instant pick-up by child hungry deserving Americans. Sigh! And just when NCFA lost its Infant Adoption Awareness Training Program taxpayer funding. Talk about bad luck!

NCFA has pulled out all the stops to “save” adoption. NCFA president Tom Atwood, according to NCFA propaganda, took to the airwaves: CNN International, Radio Free Europe, Russian Channel One. Cox News Service caught Lee Allen (according to his NCFA bio, the adoptive father of two Russians) fearing that “anti-American and anti-adoption radicals (my emphasis–and where have we heard that phrase before?) will exploit the death of Nina Hilt to impose, at best, further restrictions or, at worst, a total moratorium.” Saying one dead child is one too many, Allen complained, “But is that a reason to end all international adoptions?” Gee, when opponents of NCFA’s legalized infant abandonment Safe Haven/Baby Moses scam argued that a handful of deaths wasn’t justification for the state to pimp “legalized” newborn dumps we were booted out the statehouse door. If it saves just one… 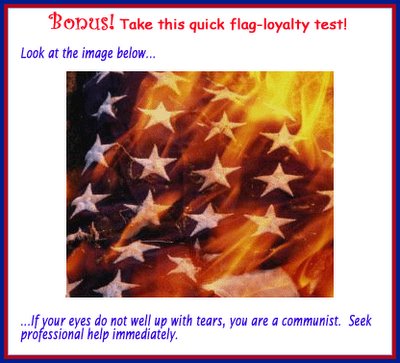 Since its inception the National Council for Adoption has ridiculed and smeared its opponents. Those who oppose its Draconian married/hets only/keep-adoption-a-dirty-little-secret policies have been reviled as stalkers, chasers, home wreckers, anti-adoption, loopy, anti-privacy, intruders, women haters, baby haters, election thieves (Oregon’s Measure 58), lousy researchers, law breakers, unbalanced, Birkenstock wearers, whiners, selfish, parent-haters, egotists, narcissists, hippies, anarchists, neurotics, psychotics, dangerous and…radicals. Even Ronald Reagan took a NCFA hit for supporting his son Michael’s search. Now Russians who object to the exportation of their country’s children–or at least ask what in the hell is going on in the homes of America’s forever families–have joined our elite club of nuts, malcontents, and ingrates.

Adoption is the American Way. No doubt, it is only a matter of time until those of us in the US who fight for adoptee rights and question the ethics of secrets-and- lies adoption, sleazeball international adoption industrialists,, and the exportation of masses of foreign nationals to White Picket Fence Land will also be labeled anti-American, too. I bet we don’t like Dick Cheney either!

Certainly there is enough blame to spread around for this mess. The Russian government itself is guilty of gross neglect of its so-called social service delivery system. And let’s not even start in on corruption. But that is no excuse for American adoption industry malfeasence, greed, and dishonesty.

As of this writing, there has been no statement from NCFA suggesting that something is very broken with the Russia-to-America adoption system.

Why are Russian children abused and murdered by their US adopters?

Why do US adoption agencies use bottom feeders to procure and transfer children?

Why are unsuitable, unstable, and dangerous paps passed through a supposedly rigid vet?

Why aren’t US adopters and paps warned about and trained to deal with RAD and other psychological and emotional disabilities coming out of Russian orphanages?

Why are Russian politicians, media, and plain ordinary citizens who question exportation, red-baited and painted as “anti-adoption and anti-American radicals” while American child abusers and killers get a pass?

Why are Russian adoptions pushed while thousands of available children in the US rot in fostercare?

Why does money and profit trump best practice standards?

Why is adoption used as a form of neocolonialism and Christian conversion?

Is adoption so fragile that it can’t be held to the light without crumbling and cracking? Or is it just NCFA-style adoption, warped with an out-dated sense of secrecy, shame, and entitlement to other people’s children, tinged with misogyny and fear, that is being swept into that notorious dustbin of history? From NCFA’s lame reaction to the Russian adoption mess and its recent implosion in Massachusetts over adoptee identity rights, it seems to be the later.