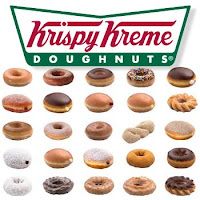 Thursday, Judie Brown, founder of the American Life League, launched herself boldly where no woman has gone before.

While we pause for a moment to scratch our heads and ruminate over that headline, I’ll remind readers that in the 1990s, the American Life League attempted to block the implementation of Tennessee’s semi records access law by signing on as an amicus in Doe v Sunquist. Adoptees scare her. Every time an adoptee gets her obc, a woman has an abortion.

Most recently ALL made an appearance in the Daily Bastardette when Mrs. Brown evinced disgust disguised as moral confusion over Pope Benedict’s Dignitas personae in which her leader called for a halt to the creation of human embryos and hence embryo adoption.

Earlier, Bastardette reported on Mrs. Brown’s angst over a study that indicated that birth control pills encourage women to have sex with men they are compatible with, rather than with men they don’t particularly find attractive or interesting, but whose love juice would strengthen the gene pool.

Now. Back to the present and Mrs. Brown’s Krispy Kreme conundrum.

According to Mrs. Brown:

The next time you stare down a conveyor belt of slow-moving, hot, sugary glazed donuts at your local Krispy Kreme you just might be supporting President-elect Barack Obama’s radical support for abortion on demand — including his sweeping promise to sign the Freedom of Choice Act as soon as he steps in the Oval Office, Jan. 20.

I was expecting to read that Krispy Kreme had injected some mysterious abortificant into its doughnuts or written Abort Now across the glazed face of its lemon filled ooey-gooeys. Nothing that sinister, though. According to the doughnut maker’s press release, Krispy Kreme has decided to offer customers a free doughnut of their own choice on inauguration day.

Krispy Kreme Doughnuts, Inc. (NYSE: KKD) is honoring American’s sense of pride and freedom of choice on Inauguration Day, by offering “a free doughnut of choice to every customer on this historic day, Jan. 20. By doing so, participating Krispy Kreme stores nationwide are making an oath to tasty goodies — just another reminder of how oh-so-sweet ‘free’ can be.

To which Mrs. Brown replies bizarrely:

Just an unfortunate choice of words? For the sake of our Wednesday morning doughnut runs, we hope so. The unfortunate reality of a post Roe v. Wade America is that ‘choice’ is synonymous with abortion access and celebration of ‘freedom of choice’ is a tacit endorsement of abortion rights on demand.

President-elect Barack Obama promises to be the most virulently pro-abortion president in history. Millions more children will be endangered by his radical abortion agenda.

Celebrating his inauguration with ‘Freedom of Choice’ doughnuts — only two days before the anniversary of the Supreme Court decision to decriminalize abortion — is not only extremely tacky, it’s disrespectful and insensitive and makes a mockery of a national tragedy.

Bastardette could never make this stuff up. Nor would she want to.

I’ve been highly critical of consumerist “choice” language in abortion, adoption and “safe havens.” I won’t discuss that here since I’d be writing for another three days. That doesn’t mean, however, that the word “choice” is a bad word–or concept–that should be abolished from the dictionary. After all, capitalism, the Constitution and democracy are based on “choice.” Since Mrs. Brown suffers a severe Puritan nature however, that should mean little to her.

Google” Krispy Kreme” and “abortion” and see the drubbing that Mrs. Brown is taking over her doughnut meltdown. While checking the links for this entry I discovered that the crazy press release has disappeared from the PR Wire website. It’s buried on the ALL webpage (top-of page link), though, and available on innumerable other sites. Interestingly, ALL’s front page offers us the bizarre “Anti-Abort and Belligerent Beguiling” essay, dated the same day as the Krispy Kreme missive, in which Mrs. Brown tells us:

Since I am a great believer in helping people understand pro-aborts’ misuse of the English language, I wanted to use the congresswoman’s letter as a good example of why we have to be so careful about the words we use.

and then goes on to linguistically deconstruct a form letter one of her members received from a member of Congress. To read Mrs. Brown’s monomaniac translation, you’d think “choice” actually means “abortion,” not what we do at the store when we pick Tylenol over Bufferin or when we vote for Obama over McCain.

Judie Brown is part of the crackpot brigade that claims adopted people are too irresponsible, too immature, too scary… too, too…whatever….to have our birth certificates. Well, I think she’s too crazy to be left near a computer. Judie Brown and her ilk need to be exposed for the whackjobs they are. For some reason, somebody gives these nuts credibility. That credibility stops with each of us.

I just sent the following email to Krispy Kreme:

I don’t live near a Krispy Kreme store, but your doughnuts are sold at a nearby convenience store. I’m won’t get a free doughnut there, but on January 20, I’ll be sure to buy a couple “of my choice.” Keep up the good work and don’t let the crackpots get you down.