The Twin Falls Times-News today reports that more New Life “missionaries” than previously known were in the Dominican Republic preparing the so-called “orphanage” while Team Silsby was busy gathering up the boodle.

We already knew that Eastside Baptist Church members John Requa and Matt and Lora Crider remained at the “orphanage” while church pastor Paul Thompson, his son Silas Thompson, and member Steve McMullin crossed into Haiti. (I thought I had already posted about Requa and the Criders, but they are in an unfinished blog that I hope to get up soon. Baby Love Child, covers them here.)

Now we learn that Nancy Rodriguez, wife of Paul Rodriguez, Magic Valley Baptist Association director of missions, and four “missionaries” from an unnamed group in Texas were also at the “orphan” hotel. This makes (so far) 17 onsite New Life adoption traffickers recruited by Laura Silsby. According to the News-Times:

The plan had been to gather up orphaned children and take them across the border to an orphanage in the Dominican Republic. Eastside members Matt and Lora Crider and John Requa were joined in Haiti’s neighboring country by Nancy Rodriguez – wife of Paul Rodriguez, director of missions for the Magic Valley Baptist Association….

…Requa arrived in the Dominican Republic on Jan. 28, with the Criders following the next day. They busied themselves working with another group from Texas to get the hotel that would serve as a temporary building ready for the children.

The Criders and Requa cut bait and returned to the US on Janaury 31, and the unnamed Texans the next day. The article doesn’t say when Nancy Rodriguez arrived and left DR. I have been unable to determine what church the Rodriquezes belong to.

Talk about the sounds of silence!

Paul Rodriguez posted a message (undated) linking MVBA to the prisoners, but he fails to say that his wife was working at the “orphanage” when the arrests happened. The message begins (my emphasis):

It has been too many days now since our people were arrested and are still imprisoned in Haiti. Please do not grow weary...

There is also a picture of the MVBA’s Disaster Relief Team (undated) that appears to be taken back in Twin Falls, not in the middle of an earthquake or any other disaster. Members are not identified, though someone who looks like Paul Rodriguez is the 3rd from the left, last row. I do not know what Nancy Rodriquez looks like. If MVBA sent its relief team to Haiti, I can find no record of it.

It gets more interesting. In addition to today’s article, a search through the Twin Falls Times-News indicates that Paul Rodriguez was referenced three times (and Nancy none) in the paper’s coverage of the arrests of the Eastside Baptist Church members. In none of them did Rodriquez mention that Mrs. Rodriquez was part of the gang. Maybe it has something to do with the crossed T’s and dotted I’s he mentions.

With Thompson in Port-au-Prince is his 19-year-old son Silas, and Steve McMullin, both of Twin Falls and also members of Eastside Baptist Church.

Paul Thompson is known for working closely with the youth in his church and was concerned about homeless children being on the streets, said Rodriguez, who’s known Thompson for about 20 years. Thompson often encouraged families to accept foster children into their homes.

“This thing about trafficking and kidnapping — not Paul. Not Paul. Without a doubt, he had no intentions of trafficking or kidnapping children. Something arose, something went wrong,” Rodriguez said….

…This should be a lesson learned for other congregations, Sjostrom said. Churches should take the time to study and plan before jumping into relief efforts.

“I think they were foolish in moving so quickly just because of the earthquake,” he said. “I think it was done with the best of intentions, but that isn’t going to cut it. … They should have planned better. There needs to be checks and balances.”

Rodriguez concurred. “This is a lesson that we need to learn very well,” he said. “We need to be more prepared in the future, and make sure that our T’s are crossed and our I’s are dotted.”

McMullin, a member of Eastside Baptist Church in Twin Falls, arrived to the airport at about noon.

His arrival was announced only to family and friends, said Paul Rodriguez, missions director of the Magic Valley Baptist Association….

…Rodriguez said McMullin didn’t say much about his ordeal, but he had something to say to McMullin.

“I said, ‘Steve, good job. Good job.’ He said, ‘I didn’t do anything.’ But he did,” Rodriguez said. “He handled himself in a very Christian way through all of this.”

After a while the group at the airport broke out singing “Amazing Grace,” Rodriguez said…

…Rodriguez said he did not know when Thompson would arrive from Kansas, where he’s staying with family.

“They want to stay there for a little while. That’s what I heard,” he said.

Really interesting is the February 1, 2010, KMTV news video on the arrests that includes Paul Rodriguez silent on his wife’s involvement with Silslby. 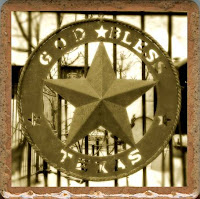 Now what about the Texans? I went back and looked at numerous news reports that referenced Texas in the New Life saga. There are no Texans in the plural. Only Jim Allen.

Allen, who IS from Amarillo, has said nothing about meeting up with any other Texans at the “orphanage” before he went into Haiti and was popped with Team Silsby. He has maintained that he was recruited by his cousin Eastside Pastor Paul Thompson (later detained in Haiti) and had about 48 hours turnaround time on the trip. He says he had no prior knowledge of Silsby and, in fact, met her for the first time at the Miami airport. So far, I’ve seen no reason to question that scenario. His church, the Paramount Baptist Church, makes no mention of a Haiti trip,though it does have a “disaster relief team.” (As much as I’ve written about the churchy folks elsewhere, I’ve never heard of individual church disaster teams until now. I suppose that has something to do with the de-professionalism of the Protestant missionary industry.)

So we now have another mystery. Who are the Texas missionaries and why have they disappeared from the Silsby story? We’d really love to hear more from Nancy Rodriguez, too.

Just how many people were in on this little junket down to Haiti?

Thanks to commenter Robin for finding this article so quickly this morning!

CORREC TION: I was just over at websleuths and someone pointed out I had possibly mislabeled Paul Rodriguez suggesting he and Nancy were in the front row on the far left holding hands. I checked, and by golly, I believe they are correct. My eyes just glazed over them