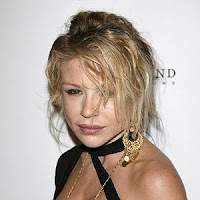 This story should have legs–should run all over AdoptionLand. But will it?

Parent Dish has the best article on this travesty that I’ve seen so far: Opinion: Why was Casey Johnson allowed to adopt? Little seems to be known publicly about the adoption, but we can assuredly answer Parent Dish’s question: $$$$.

For those unfamiliar with Ms. Johnson and the adoption, here’s a rundown from Parent Dish with links left in for your convenience:

The socialite moved in star-studded circles and counted among her best friends Paris and Nicky Hilton. Her lifestyle was far from stable, as revealed by the fact that her mother, Sale, felt it necessary to take custody of Ava, The Huffington Post reports. Just last month, Johnson and her girlfriend, reality TV star Tila Tequila, flew from Los Angeles to New York City in an attempt to regain custody of the child — and came home empty-handed…

But Johnson’s case is different: How is it possible that her wealth and family name outweighed the obvious facts of her life? Reports of her lifestyle offer ample evidence that she was a less-than-ideal adoptive parent. According to one particularly damning story in the New York Daily News, a family friend said Sale Johnson helped her daughter recover from a couple of diabetic comas; Johnson was diagnosed with juvenile diabetes as a child and according to a friend, her “body couldn’t metabolize the drugs and alcohol she was using.” The Daily News also reports that Johnson has been in and out of rehab for drug problems.

A medical form required by the government of Kazakhstan, lists several diseases that prohibit prospective parents from adopting a child from the country, including alcoholism, drug addiction and toxicomania.

These characteristics of Johnson’s life would have presented significant road blocks for an ordinary single woman looking to adopt a child.

We aren’t the only ones who question the wisdom of giving Johnson custody of a child. “Casey was probably the last person who should have been taking care of a baby,” a family friend tells the News. And Eonline reports that Child Protective Services paid Johnson at least two visits.

Johnson had originally attempted to adopt a Cambodian girl, but the plan fell through when Cambodian adoptions were suspended. Johnson’s aunt built an orphanage in Cambodia, and there are conflicting reports about her possible intervention in the adoption plan. After the adoption crash, Johnson’s godmother, Diandra Douglas, (Michael Douglas’s ex and a whole repro trip herself) who had recently adopted a child from Ukraine gave Johnson the names of adoption agencies to ease her pain. Ava was adopted in 2007. (Correction: I now have documents showing that Douglas’s adopton was from Kaz, not Ukraine as Johnson reported)

Here is how the Huffington Post, in a January 6, 2010 article, describes the adoption. Casey’s quotes are from a 2007 interview with MTV correspondent SuChin Pak, made before the placement. The interview, in which Johnson sounds like she’ playing Barbie house, is linked in the article and also on Parent Dish.

She’s the most beautiful baby I’ve ever seen,” Casey said. “She’s blond-haired, blue-eyed, looks just like Diandra, and I thought, ‘Oh, my gosh! This is what I’m going to do.”

Casey got a referral for a Kazakh agency and without hassle was sent a picture of the baby girl she would adopt. “It was the best day of my life,” she said about seeing her future daughter’s picture. Casey said she didn’t plan on spoiling Ava, but wanted to make sure she looked stylish.

Johnson’s former girlfriend, Jasmine Lennard, a contestant on the British TV show Make Me a Super Model, if she is to be believed, has as less “romantic” story told in the December 10, 2009 (updated from December 2) issue of the New York Post:

Basically, she got bored of buying herself bags and shoes and bought herself a daughter from Kazakhstan in 2007, but was too crazy to look after her. Her mother, Sale, took Ava and brought her to New York, which is the best place for her.

Casey basically needs to go into rehab for a long time. She has walked out [of treatment programs] twice against her parents’ wishes, so they told her no more money. The last time she left early a few months ago and wrote at the bottom of her exit form: ‘[Bleep] you — keep the money.’

Whatever, the truth, something went terribly wrong, or more correctly, was never right to begin with.

Ava has been in the care of Johnson’s mother, Sale Johnson and her husband, sportscaster and former NFL star Ahmad Rashad, but there are conflicting reports of when they removed the girl from Casey, ranging from late 2009 to 2 years ago. According to Eonline:

She’d [Casey Johnson] see Ava maybe for 10 minutes a day,” one source said. “Casey was either sleeping or going out. Nannies really took care of her.”

Sale became especially worried in the last year or so as Casey’s erratic behavior seemed to worsen, highlighted by her longtime substance-abuse problems and a run-in with the law (she was arrested and charged with grand theft in November). On top of that, Casey made a surprise announcement last month that she and reality-TV personality Tila Tequila were engaged to be married.

There was apparently an unsuccessful attempt to have Casey committed to a mental facility.

The New York Post reported on January 6, 2010 (updated from December 21, 2009), that Casey’ father, New York Jets owner Woody Johnson and family members had recently restricted Casey’s access to funds, because of her continued refusal to seek help. The Post quoted Jasmine Lennard from its earlier article:

She’s been in rehab several times but has never finished the programs….She can’t pay her bills, so the electricity was cut off. She can’t put gas in her car,” said our source. “She’s been keeping her Porsche in the garage because she’s afraid it will be repossessed.

Lennard who had visited her recently, described Johnson’s living conditions:

When I went to her rented house on Mulholland Drive recently, it was like Grey Gardens,” our source said. “There are dirty dishes everywhere and rotting food. There is graffiti on the walls. The pool looks like a swamp.

Matters weren’t helped with the bizarre December 9, 2009 YouTube announcement from Johnson and Tequila that they intended to marry. From the December 21/January 6 Post:

Tila and Casey announced their engagement this month with a video they posted online of themselves in bed wearing only bras and panties.

As Casey smiles in an apparent stupor, Tequila rants: “Look at this ring. Its 18-carat because my baby is ballin’. We are going to make love tonight for our honeymoon . . . She adopted a baby, Ava, and I love children. We already have a family. We are going to buy a house together and, once we get situated, throw an engagement party

Some time in December 2009, Casey and Tila flew to New York and attempted to regain physical custody of Ava. According to the Huffington Post:

Casey and Tila Tequila flew out to New York in an attempt to reclaim Ava from Sale but came back empty-handed. Ava remains under her grandmother’s care, although other bizarre custody offers have been forthcoming.

The link to those “bizarre custody offers” takes us to a January 5, 2010 HuffPo article quoting Jasmine Lennard:

Casey always made me promise if anything happened to her I would watch over her baby Ava, and with her family’s blessing I will honor that promise,” she told the magazine.

This is adopter material?

How many international adoption agency tragedies and travesties will the US tolerate? As long as big bucks are involved, apparently a lot. We’ve heard not a peep or even a mild tsk tsk out JCICS or the National Council for Adoption, and the whole story of Casey Johnson being an international adopter has been pretty limited to an afterthought.

It’s easy for us to ask:

Who in the world let Casey Johnson adopt Ava?

Who did the home study?

How did a young single woman with obvious and major health, substance abuse, and untreated mental problems get past the so-called gatekeepers?

What agency was Ava siphoned through?

We don’t know the answer to who and what, but as I said above, we all know that answer to how and why” $$$$. Like Matthew Mancuso who walked in and wrote a fat check for Masha Allen, Casey Johnson was allowed a free pass to purchase the blond, blue-eyed look-alike to play house with.

I have been unable to find a list of agencies working in Kazakhstan when Ava was adopted. If evidence of the adoption appeared on any agency website, though, it has certainly been scrubbed by now. Perhaps there are readers who have a lead. If so, please let me know.

I won’t hold my breath for the Kazakh government to file a complaint or demand an inquiry with the State Department, Money talks and bullshit walks and bullshit reigns supreme in Kazakhstan. At least it did when I lived in Russia.

I hope this story doesn’t die. Everybody is all caught up in the celebrity death ritual and Tila Tequila’ reprehensible attempt to make it all about her. Reportedly, Tila has claimed she wants to take care of Ava (ha!), but has been mostly busy Tweeting suicide threats, whining about Nicky Hilton (Ava’a godmother) and Bijou Phillips clearing out Tila’s home of Johnson’s dogs and belongings, and being outraged at being excluded from the funeral. Oh, and now she says she’s pregnant, a surrogate for her brother and his wife. If you can stomach it, here’s Tequila’s Twitter account.

According to reports, Ava is “well-adjusted” (if so, probably due to the heroic work of those unnamed nannies and the intervention of Sale Johnson) and always well dressed. The picture on the left of her and Sale Johnson appeared in the September 9 issue of New York Social Diary. She looks happy. I hope so.

Casey Johnson was a rich, sad, disturbed woman in desperate need of help. Instead, she was allowed to adopt a little girl. It didn’t make it all better.

18 Replies to “ANOTHER INTERNATIONAL ADOPTION SCANDAL YOU WON’T HEAR ABOUT: CASEY JOHNSON,”