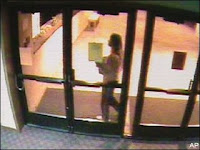 A few days ago a newborn was left illegally (that is, outside of government-preferred “legal” baby dump specs) on a church stoop in Federal Way, Washington. The unnamed mother has since turned herself in, and as of this writing, no charges have been filed.

The Seattle Times asked Kathy Satow of the Pekin, Indiana-based Newborn Lifeline Network about women who abandon their newborns. Here is her response:

Satow said that many people assume young mothers who abandon their babies are teens from underprivileged backgrounds, but she said that’s not usually the case.

Instead, she said, they typically are 21- to 24-year-old college students who go “a little haywire” out on their own for the first time, she said. They “don’t want to test their security net” — namely their own parents — and so go into crisis once they deliver.