It’s official. As we reported Saturday Washington SUB HB 2211 is dead for this session. Although  it’s still in the hopper, perennial bill killer, and bastard baiter Sen. Jim Hargrove, told 2211’s sponsor Rep. Tina Orwall that he has no plan to bring  it forward this year. Naturally, Hargrove is not available for comment, a convenience that enables him to sidestep the question even the most incurious reporter must wonder: what’s your problem with bastards?

But never fear! Tina Ovrwall intends to bring the bill back next year. Don’t get too excited, though. According to the Tacoma News Tribune, her comrade in compromise, birthmother Rep  Ann Rivers, who is currently under the impression (we hope she wakes up) that she speaks for voiceless cowering first mothers:

I  think it will give us the direction that Sen. Hargrove might have perceived was lacking,” Rivers said. “We’ll make sure all the bases are covered, and we’ll proceed.

Hargrove supported the 1993 law that opened OBCs for October 1, 1993 adoptions and beyond  unless a disclosure veto has been filed. According to Wa-Care no vetoes have been filed; Laurie Lippold from the Washington Children’s Home Society claim one. How do they know?.

HB 2211 expanded that veto–making it time-limited for 5 years (Oct 1 1993 forward) and 10 years (pre-October 1,1993)  and renewable to cover all adoptions.  Just what more does Hargrove want?  We’d conjecture out loud , but we don’t want to give him any ideas.

Wouldn’t it just be easier for Wa-Car, Rep. Overwall and Rivers to demand across the board access with no exceptions and Hargrove to jump  his sinking ship? Until that happens, their all in that same rickety boat. 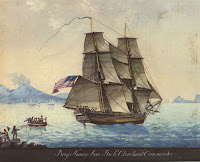 One Reply to “Washington SUB 2211: Still dead. What happens next year?”