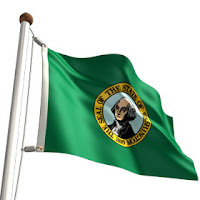 Originally both contained language that maintained current Disclosure Vetoes in place and continue the option for future use.  Last week the Senate amended its bill and removed all DV language current and prospective.  (Sub bill)  The House has not followed suit.

Washington State activists have  asked for immediate action from to urge the Washington House to amend its bill bu removing all DV language as well. The House offers a template on the HB 1525 bill page  to send your opinion.  Posts are limited to 1000 characters, so it has to remain short.

Here is what Bastard Nation sent:

Bastard Nation: the Adoptee Rights Organization urges sponsors of HB1525 to amend the bill to align with SB5118: remove current language (and law) that authorizes biological parents via a Disclosure Veto, to bar the state from releasing the OBC to his or her adult offspring.. HB1525 sponsors have it half right. They find something inherently wrong with vetoes, yet feel an obligation to maintain them. This may justify bad past legislation but does no justify denying WA State adoptees the restoration of their right to their own OBCs without restriction, a right all not adopted persons born in WA enjoy. There is no middle ground. A right exists or it doesn’t. It is not contingent on third party approval. Reportedly only 4 DVs have been filed with the state since 1993. The right of all WA State adoptees to their OBCs without restriction should not be held hostage by anonymous parents for whom a special right has been carved out. Please remove all DV language.