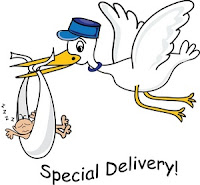 America’s dirty little adoption secret (which one?) is out , but nobody is paying much attention.

Last month the US Department of State issued the 2011 FY 2001 Annual Report on Intercountry Adoption.  It’s only five pages long but full of “interesting” bick-a-brac  Within the stats we learn than 73 US citizen children were adopted out of country; that is, they’ve, as State quaintly calls it,.”emigrated” to another country via adoption.  The largest receiving country is Canada with 31; the second is the Netherlands with  27.. It gets better:  the largest sending state is Florida with 49 little Floridians packing their diaper bags for other parts of the world, . The second largest sending state is South Carolina with 12–all heading for Canada..  These two states far outstrip other states in outgoing shipments.

I got curious, so I went back and found reports for 2009 and 2010 and found even more alarming figures  The number of American children  removed, renamed, and remodeled  abroad has more than quintupled  in three years, from 26 in the 2009 report to142 in the 2011 report. (According to the 2009 report these figures go from October 1, 2008-September 30, 2009.  The other reports don’t give a FY date, but I assume  this is it.for each report).  The statistics. include all children  no matter if the receiving county is a signatory to the Hague or not. I believe these figures are low, but they are the “official numbers.”

I made a chart showing numbers, receiving countries, and sending states. If I were a pap on a waiting list, I’d be pretty peeved at this. I’m not a pap, but I am.anyway.

The US to Canada pipeline is no surprise. We already know that some  US agencies specialize (or at least did a few years ago) in placing African-American or transracial children in Canada, but we can’t help but wonder who’s doing it since the Hague kicked in, and it’s a little more difficult (in theory)  to transport American children across country lines for purposes of adoption.

People Magazine ran an feature in 2005, Why are American Babies Being Adopted Abroad? in which two sending agencies were identified as sending children to Canada, but neither of them were in Florida or South Carolina.. In  February 2009, 60 Minutes ran a news feature Born in the US: Adopted in Canada  Lesley Stahl reported

one Florida adoption agency sent more than half its black infants out of the country last year. No one keeps count, but 60 Minutes was told it could involve as many as 500 children a year.

The agency wasn’t identified, but immediately afterward Stahl segued into an  interview with Walter O Gilbert, identified as the CEO of The Open Door, a “Florida adoption agency” that placed a lot of black children in Canada.  Checks of the Georgia and Florida Secretary of State records indicate that the agency is incorporated in both states, but its main office is in Thomasville, Georgia, on the state line about 30 miles north of Tallahassee. It’s 800 number is advertised in numerous online Florida directories.


Walter Gilbert, CEO of The Open Door, views these adoptions as a “win-win” situation for the children, and he has strong opinions about why. “Especially in Canada, people are just color blind,” says Gilbert. “That’s been our experience. We would tend to tell them [birth mothers] that our experience has been there’s less prejudice. They know what they experience here.”

For the record, this is the same agency that placed Russian adoptee Jacob Lindorff with his Forever Parents Heather and James Lindoroff who later beat and starved him to death, but walked on 2nd degree assault and child endangerment.  James Lindoroff is presently doing 7 years for a murder-for-hire scheme to kill a prosecution witness during his trial.

There is no indication on the current Open Door website that it is still doing business in Canada. 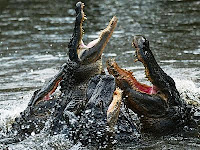 After an extensive Internet search  to find what agencies today are exporting American kids, I’ve come up with nothing except for Florida.  There, it appears, but I can’t say with certainty, that Adoption by Shepherd Care, is the sending agency.

Shepherd Care had quite a Canadian business pre-Hague, (original no longer online).  According to an October 27,  2004 Christian Science Monitor article, Born in America; Adopted Abroad, 90% of the agency’s African American babies were adopted in Canada. Currently, its webpage doesn’t advertise Canadian placement services, but indicates it has a Canadian coordinator. I  found a post-Hague Shepherd Care handbook online in pdf form,, but not, as far as I can tell, from the ASC website,  It says that the agency is committed to serving Canadians who want to adopt from the US.  I can’t get a good link for this, but you can find it by searching  for “Adoption by  Shepherd Care, Canada” and clicking on “Adoption Canada.”

Finally, Christian Adoption Services, in Calgary, Alberta says that the procedure for US-Canada placements  hasvechanged drastically since the US implement the Hague, and suggests that Canadians interested in initiating a placement contact Shepherd Care:

When considering this option, always ask the US agency that you are considering, whether they have the authority to place children out of the United States.  Families have had success working with: Adoption by Shepherd Care, Inc. Florida 954-981-2060 www.adoptionshepherdcare.com  and with Adoption attorney James Fletcher Thompson 864-573-5533 [email protected]. We will update this information with other US agencies as we determine which agencies are able to assist Albertan families.

This may all be moot soon, since the State of Florida is attempting to shut down Shepherd Care. after complaints were filed over coercive behavior against birthparents.

None of this,though explains South Carolina or the Netherlands.or those odd placements in Ireland.As for Texas, Gladeny admitted years ago that is places in Europe.

I put some feelers out to people who follow these things.  None of them had any idea who’s running  kids, but I did get a couple leads.  It will take awhile to dig, so in the meantime, I ‘m posting this news for informational purposes and in the hope that somebody reading this has some suggestions.

NOTE:  Currently, American children, even under the Hague agreement, can be adopted internationally, but with the consent of the biological parents only. Some children  in DOS stats may be kinship placements.  I am highly suspicious though, of 5 children being placed in Ireland out of Florida, and of course, the high number of kids general  from Florida and South Carolina.