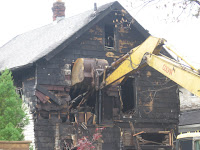 I’ve been MIA for the last couple weeks tied up with a couple non-adoption projects (imagine!) and some serious laziness. I’ve got a lot to write about and maybe some of it will actually get written.

In the meantime, here are some pictures of the demolition of Grandma Liz’s house, destroyed by fire on May 2o. The demo happened Monday and Tuesday of this week. It was sad to watch, but there’s nothing left to mourn but memories. Repairs on the two other houses (#2 and #4) hasn’t started yet outside of clearing away indoor debris. Perhaps the owners are insured by AIG.

I haven’t heard anything official on the cause of the fire, but when I wasn’t home, somebody came door-to-door from the fire department telling my neighbors that the investigation indicates the fire was caused by a smoldering cigarette in the living room,. Since nobody was staying in the house at the time, how that cigarette got there is a question. It could have come from a worker in the house earlier that day…or it could have been smoldering for some time and finally reached a flash point and basically exploded the house when the heat reached a certain temperature. At least that’s what the the fire investigators say.

Here are some pictures of the demolition.

The back of the house where the demo started. 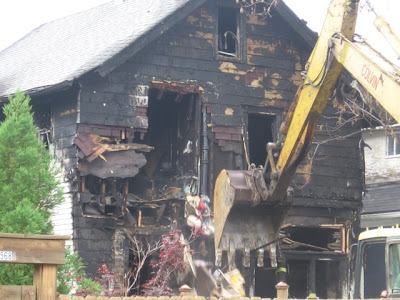 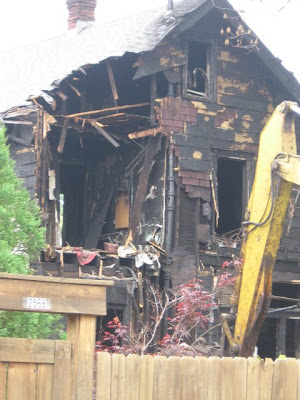 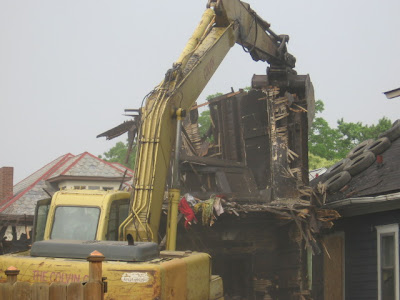 This is the front 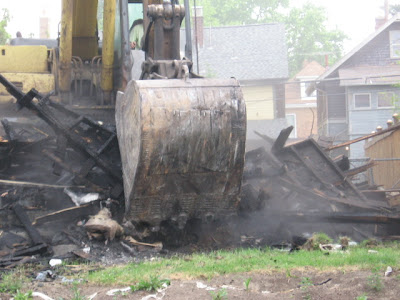 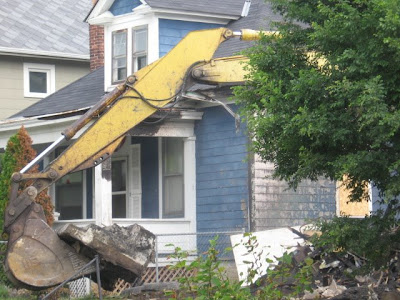 Crawling on House #4 during demo 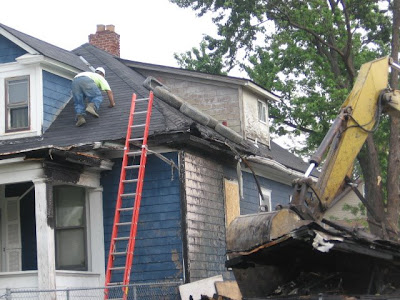 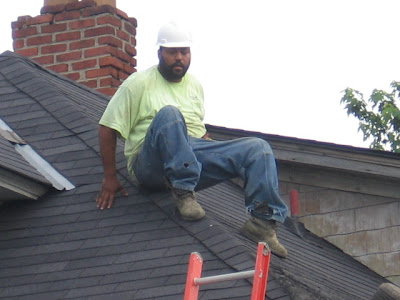 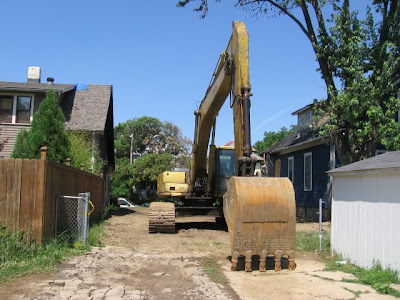 The kitties have been fascinated with the burn site, They investigate it daily coming home sooty but happy. It is one of the few endeavors they enjoy together.
Bad Cat Abbie investigating damage to house #2, She also enjoys Fox News. 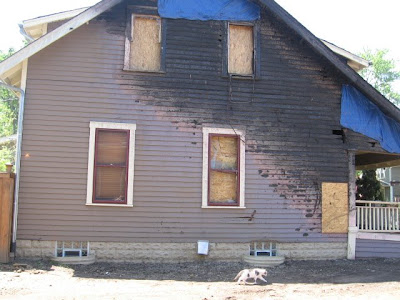 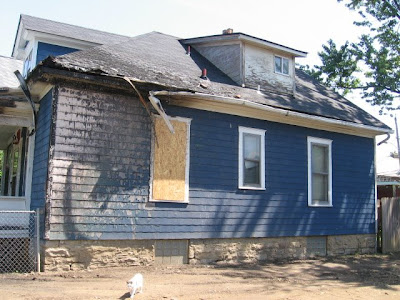 One Reply to “UPDATE: BASTARDETTE’S STREET GOES UP FLAMES”