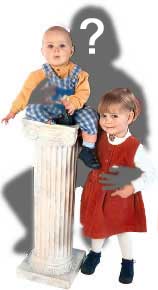 A few days ago on a private mail list, a discussion started on the anti-adoption movement.

The following comments were made by long-time adoptee/birthparent rights activist Maryanne Cohen. They are published here with her permission.

I think you are sincere in your beliefs and that you do want to accomplish
your agenda of abolishing adoption, in which case you will need to present
your views convincingly and factually in the political arena, again and
again, as well as to the general public to gain support for any legislation
you may introduce. I know this is the goal of those of us who support
adoption reform; not just to talk endlessly to ourselves and each other,
but to actually effect some change where we can. 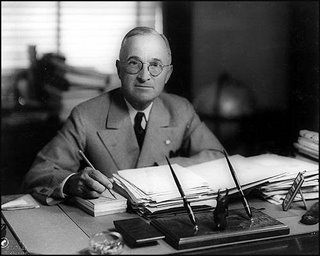 If you are serious about abolishing adoption, which is a legal construct,
you have to be ready to deal with the world of politics, which is not a
kinder, gentler place. As Harry Truman said, “if you can’t stand the heat,
get out of the kitchen.”

You may be upset at some of the challenges to your beliefs you have
encountered here, but believe me, this is NOTHING to what you will
encounter in the political arena and outside world. You seem so shocked
that some of us who share your experience as surrendering mothers have
drawn different conclusions from that experience, and do not share or
understand some of your jargon. Just think how people who have never heard
of our issues will react to your arguments! We have really done you a favor
in giving you the opportunity to debate and look closely at the arguments
you are presenting. Do they convince people? Are they logical? Do you have
real facts, not made up statistics, to back them up? How will “I am the
only real true mother” play out in legislative testimony? Especially when
some of the legislators are adoptive parents, and most people who would
support many reforms still will not accept that adoptive parents are not
parents in any real sense.

How many of you have testified at legislative hearings, appeared on TV talk
and news shows with hostile interviewers, spoken to angry adoptive parent
groups, in person, given interviews in either print or other media where
the one bad thing you said in a two hour interview was made the headline?
How many of you have come out your local community, spoken at your church
or synagogue about adoption issues, tried to understand and work within the
political system to get anything passed? How many of you have stood up
against the representatives of NCFA, the Catholic Conference, Right to Life
and others in public testimony about adoption issues?

Many of us here have done this, some of us for 30 years when you all were
deep in the closet.

This is the very minimum of what you will have to do to have any hope at
all of changing things legislatively. If you expect to do more than blow
hot air at each other and preach to the choir, you have to take your ideas
and beliefs outside of your own “safe space” and see how they stand up to
the heavy pressure that is out there. Are you up for that? It is not fun.
It beats you into the ground with frustration and tears again and again and
again. But it is what has to be done to really change things, although most
of it is painful, boring, and far from glorious. Maybe when you actually
try to do something besides pat each other on the back on closed email
lists, you will develop a little respect for CUB and those who went before
you in speaking out for mothers who had surrendered, and for our children.

As for support, there is lots of support here, for anyone, in dealing with
their own personal pain and post reunion issues. if you want to discuss
those things and leave your political agenda for your own lists, we are
always glad to hear from you and will try to be as helpful and supportive
as we can.

24 Replies to “TO THE ANTI-ADOPTION FOLKS: COMMENTARY BY MARYANNE COHEN”