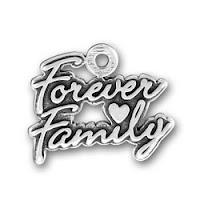 The Daily Bastardette and Nikto Ne Zabyt is probably the only place you will find this!

Our quick-witted commenter “blueheron” caught the following comment on the Redding Record/Redding.com article, Russian boy case linked to Redding and added it to my Weird World of Torry Hansen comments (on the Daily Bastardette site.)

I’m posting it here because I think the comment deserves wider distribution and shouldn’t just set as a comment.–especially since it has been disappeared from it’s original site newspaper site.

We can’t judge the veracity of the writer, but it’s an intriguing clue to the Hansen puzzle. From what we know of similar abuse cases involving the Forever Families of Russian adoptees, social isolation plays is a key marker.

blueheron wrote:
Here is a comment from the article about the Hansens in Redding and Hayfork. I can’t vouch for the truth, but it is interesting. Any errors are in the original. Here’s the link to the article/comments: http://www.redding.com/news/2010/apr/16/russian-boy-case-linked-to-redding/?partner=RSS

southforkmom writes:
The other part of this story has no one questioning the mother’s role in this picture. The real story here is that Torry is the one with the strange, controlling upbringing. It is known in Hayfork that Erik and Nancy would enroll their children in public school and then pull them out to homeschool after some issue and would do this frequently. Another daughter got pregnant and the parents feigned the disapearance of the girl because they didn’t like the boyfriend. The boyfriend filed a missing person’s report with the sheriff’s department and was very concerned with her whereabouts and safety. It was determined by the d.a.’s office that she actually wasn’t a missing person. A child was born and that father still to this day hasn’t had any contact with that child. I believe that Russian boy isn’t the one with the problem here. The fact that Torry put that boy on a plane to RUSSIA! alone instead of getting help from the appropriate athorities says alot more about her character. Maybe he was just stuck in a horrible situation and that was his only way to retaliate.

There is much more to this story from the Hansen AND the adoption industry side. We’re doing our part to make sure it gets told.

ADDENDA:
blueherron posted this additional comment from Redding.com on this entry.
I’m re-posting it up here for wider distribution:

blueheron:
Well, just in case this one disappears, too, I’m posting it. The explanation of “gaming” public authorities is worth noting, I thought. From the comments in the same article, responding to SouthforkMom:

I also note Terra Kephart’s comment (in the news article) that the Hansens were socially reclusive.

All this information is corroborated by the Hansen family’s behavior in Tennessee (where they had moved from California) from 2006 onward, with the social reclusion of the entire family, the homeschooling, and their ‘gaming’ of public authorities by providing false information or by withholding necessary information.

The last trait, the ‘gaming’ of public authorities by withholding necessary information, is borne out by Torry & Nancy Hansen’s returning Justin Hansen to Russia without giving prior notice either to the Russian government, or to the Washington State adoption agency that had arranged the adoption, or to the followup agency (Adoption Assistance Inc., of Danville, KY) that had contracted to monitor Torry Hansen’s adoption.

It is not even clear that authorities in Bedford County, TN, where Torry & Nancy Hansen resided with Justin, had ever received formal notice from the Hansens that Torry Hansen had custody of a child. Thus no independent third party can verify Torry & Nancy Hansen’s claims about Justin’s threats and violence — which is probably exactly what the Hansens intended.

It should also be noted that both Torry and Nancy Hansen did travel to Russia to meet Justin-Artyom and spend time with him before they decided to complete the adoption and take him back to the U.S. Also, the followup agency, Adoption Assistance, Inc., had previously educated Torry Hansen about the difficulties of Russian adoption and especially the difficulties encountered in caring for older institutionalized children and possible abnormal behavior. So, Torry and Nancy Hansen were not unprepared for Justin-Artyom and his allegedly difficult behavior.

The Russian government has already placed Justin-Artyom with a diplomatic family in Moscow who are well-informed about his history, are prepared to cope with his behavior, and plan to adopt him.

8 Replies to “The Weird World of Torry Hansen: An Accusation from Hayfork”