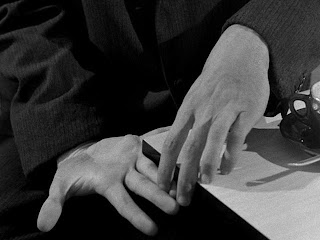 I’ll be tied up later in the day (not literally) and don’t have much time.  NaBloPoMo calls however.  So to make things easy, I’m going to include another Bastard Moment–hopefully the last. I’m sure you all have your own. You don’t need reminded by mine.

In June 1989 my adoptive  mom died about three weeks after suffering  a debilitating stroke. As required by law, a couple days later, her attorney, whom I’ll call by his initials JR, and I went over to the bank to open her lock box.and inventory its contents. My boyfriend, Gordon, who was pretty– hmm– impressive– (the only Orthodox Jewish hillbilly in the State of Ohio) came along.  I believe a bank official was also present as a fiduciary witness (or something) to oversee the entire affair. Afterwards, we were to hop over to the county seat and file the will for probate. All on my dime, of course, or rather the estate’s dime, of which I was the heir. By the time it was over, Lawyer JR had collected about $20,00 in lawyer’s fees.

Adoption was the farthest thing from my mind that day. I’d gotten my original birth certificate and decree  in 1980, and been rejected by Mama Dot the following year. In my own way, as a trained historian, I’d begun to accumulate my  bio family history and documents as a matter of genealogy.  A hobby. I was pretty sure nothing else could really piss me off about adoption. Little did I know. This was way before Bastard Nation, deformers, and the adoption industry ate my life.

So, there we are, in a little room tucked away in the Salem, Ohio branch of BancOne. Lawyer JR, who always struck me as rather self-important and definitely patronizing, opened the box.  It was full of stock certificates, deeds, legal papers, that he and I thumbed through and made small talk over.  But, there, at the very bottom of the box lay something that looked like a birth certificate. My birth certificate.  The original, original birth certificate. But something was wrong with it  Parts of it looked to be missing–as in cut-out missing!

Before I could grab it for myself, Lawyer JR, with  Houdini-like skill and  with a smarmy smile, slipped the cert in his pocket.  (Gordon made a move towards the offending hand, but thought better of it; snapping his wrist might be a good idea, but didn’t fit into our timetable.). Then incredibly Lawyer JR says:

Mom wanted to protect you . She had me razor it out.

The razored out, of course, was my identifying information. .

My mom had once mentioned that Lawyer JR was an adopter himself,  His chortle, imaginary or otherwise, verified it.

All this took place in a matter of seconds.

As I saw it at the time, I had two choices.  I could demand the obc or play it off.  Right or wrong I chose the second.  Today I’d do both.

His face fell. like he’s just been struck with Bell’s Palsy.

I’m not satisfied with my response at all, but I do have the satisfaction of getting his goat.  I should have pressed, though, but my mom wasn’t even buried yet, and I had a funeral to do, and the cert, beyond general principle, had no value in its state of abuse. Today it looks like an excuse.

This little moment brings us back to adoption pathology again. I am absolutely positive that my adoptive mother did feel she was protecting me  She was that way. I am pretty sure she wished somebody had protected  her from truths about her own dysfunctional family  That she asked Lawyer JR to do the dirty work for her, also makes perfect sense  She was a nitpicker, and probably somewhere in her mind she thought it might be illegal for her to deface MY birth certificate, but if an officer of the court did it, it was OK.  Razoring up a document is serious business; not like just crossing or blacking or whiting out  Once it’s cut, it’s gone. I’ll leave that bit of business between my mother and me.  This blog is about Lawyer JR.

That the bad doc was found so late is a little bit interesting.  The mutilation  most likely took place in the late 1960s and no later than the mid-1970s.  As she got older my mom took a different turn about adoption  (not that she was ever really harsh about it, just sensitive) and suggested that if I wanted information she’d help me. By then, though, I’d gotten my obc, searched, found, and been kicked down the stairs so it didn’t make any difference.The razored obc was a relic from our  past, though not Lawyer JR.s .

The impunity with which Lawyer JR swiped my obc is still digs deep in to me.  If I had not already had my obc–gee, issued by the State of Ohio with no questions asked–I would have reacted differently.. For sure, I enjoyed sticking it to this self-righteous prig. Still, what right did he have?. That was my obc, mutilated or not..  And besides, as the heir to my mother’s estate, the documents and what they represented, were mine. Would he have pocketed the GM stock?  The deed to the house?  Probably not.  (I mean, he was a prominent local lawyer not prone to Bar Association suspensions). But adoption makes it all different.  Adoption is the exception.  Adoptees are the exception. Obviously, my mother had no moral right to cut up the cert,  but he had no legal or ethical right to take it. 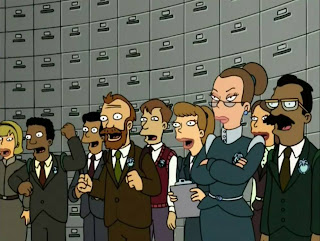 Adoption is one of those areas where people who have little or no direct interest in the individuals involved think they have the privilege–no–duty–to interfere.  To confiscate papers, to monitor relationships, to pick around the private lives of the adopted “for their own good.” Trade lobbyists, political ideologists across the spectrum, lawyers, parents (of all varieties),  churches,  bureaucrats, politicians, the state itself continue in the second decade of the 21st century to demand that their vague (if any) “interests” supersede our right to not only our birth records,  but to be treated like everybody else. Our right to not be demeaned, insulted, infantalized, and pathologized due simply to our adoptive status, by bureaucrats and technocrats with fancy titles. If this isn’t an industry,  then what is? Henry Ford would be proud.

It’s about time these adoptacrats and their hangers’s on  get Bastarded right back.  Give them a great big Bastard moment to suck on..

2 Replies to “The Stolen OBC: Another Bastard Moment”