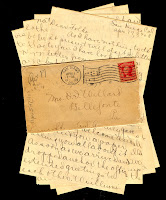 Below is my letter published today in the Providence Journal regarding S478 Sub A. Note that the first commenter brought up abortion. (what else is new?) Please go to the link and comment. Rhode Island adoptees need our help today. The vote is Wednesday. An action alert will be posted shortly. Thanks.

We urge the passage of Rhode Senate bill S478 Sub A, which would restore the right of all Rhode Island adoptees to access their own pre-adoptive original birth certificates (OBCs). We cannot, however, support limiting that access to adoptees age 30 and above. We urge the Senate to extend access to all adoptees when they reach the age of majority.

The age of majority is defined as “adulthood in the eyes of the law.” At majority, a person is permitted to vote, make a valid will, enter into binding contracts, marry, enlist in the military and buy alcohol. In most states, including Rhode Island, the age of majority is 18. In no state does majority exceed 21.

The not-adopted of Rhode Island are not required by statute to be 30 years of age to access their own birth certificates. Likewise, in states where adoptee rights are in force, the age of majority holds. We believe that the 30 year qualification in S478 Sub A is discriminatory and unnecessary.

The Senate should amend S478 Sub A to match Rhode Island’s age of majority statute. We prefer the bill be amended to majority now, but the proposed sunset within a reasonable time frame, is acceptable, but regrettable.

Otherwise, a bad precedent has been set, segregating OBC access qualification well into adulthood. No one should be forced to wait until they are 30 to acquire the public documentation of their birth.

The writer is executive chair of Bastard Nation: the Adoptee Rights Organization.